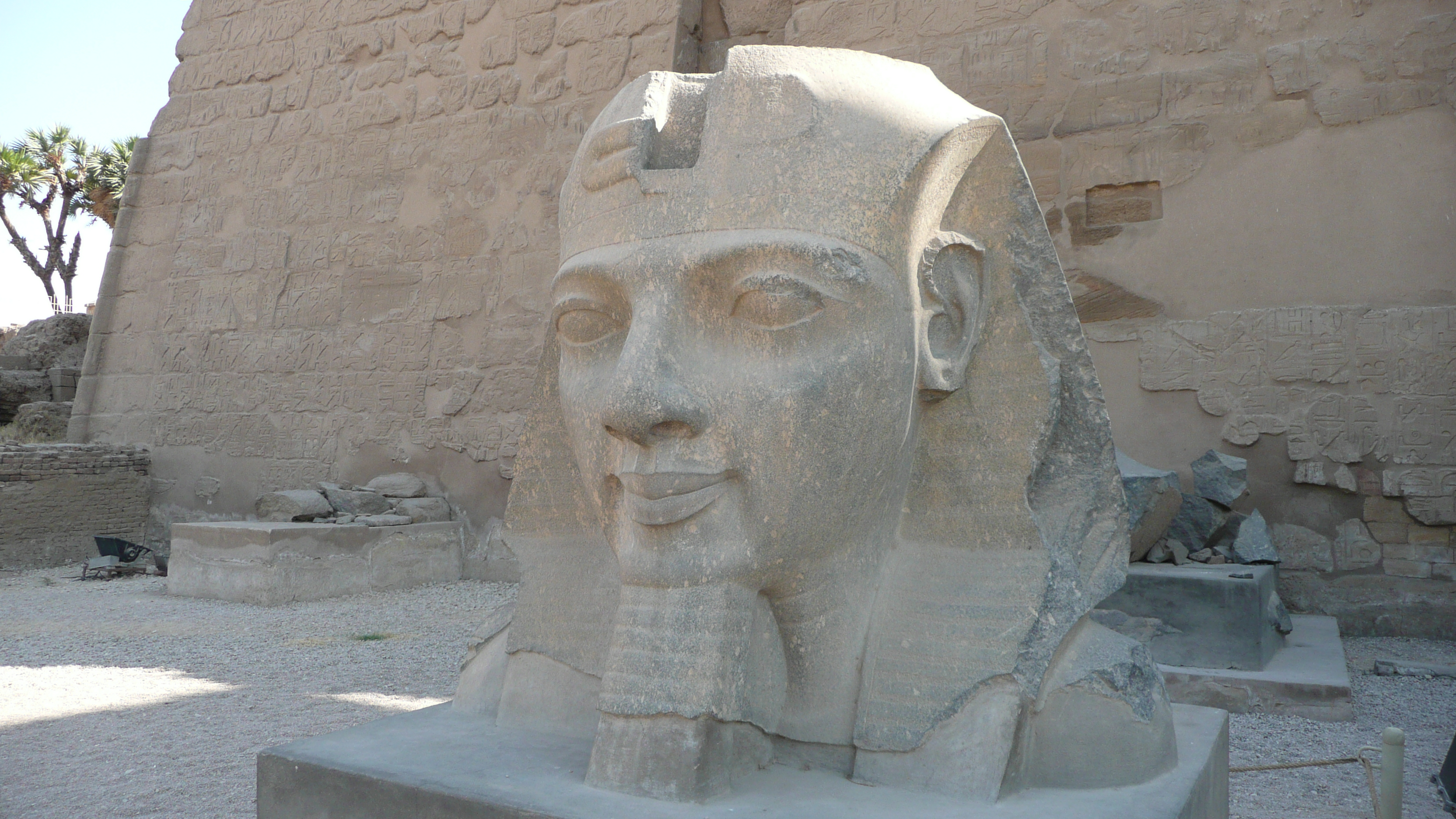 In the Land of the Pharaohs

Jeff and I are both stuck when it comes to writing about Egypt. We spent 3 weeks in this beautiful yet crazy country and our feelings are so mixed with the amazing things we saw and experienced and the frustration we felt with our day to day dealings as tourists in this very foreign land. 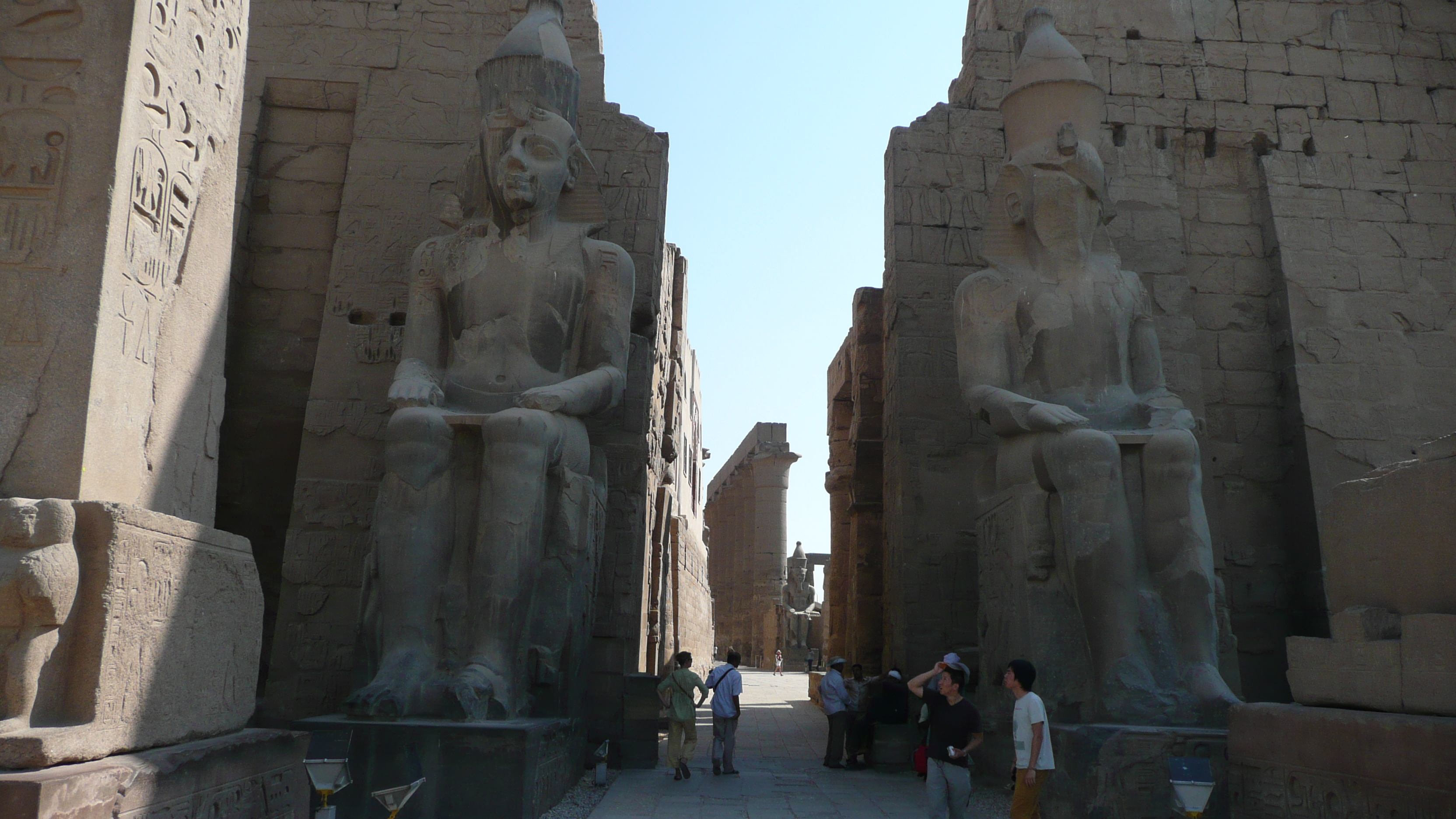 Feeling a little worn after six weeks in East Africa, we cashed in on our skymiles for a bit of luxury at the La Meridien Cairo where we were lucky to have a view of the Great Pyramids from our balcony. After hearing from so many friends and fellow travellers that the pyramids were “less than expected”, the view alone was enough to get us excited for our visit to the last remaining “wonder of the ancient world“. The following morning we took the short walk that led from our hotel up the hill, past the horse and camel stables, to the Giza Plateau. Surprisingly we were nearly alone and were able to take in the grandness of these ancient tombs without the hourds of tour buses that we were expecting. The Great Sphinx of Giza, half man half lion, stood watch over the burial place of the three succesive kings for whom the Great Pyramids were built. Slowly deterierating from weather, pollution, and ground water it’s amazing to think that these pyramids were constructed over 4500 years ago. The recently discovered “solar” barque, or Khufu ship, is displayed in an air conditioned museum beside the Great Pyramid. Thought to be the oldest surving boat in the world, it may have been used to carry the deceased king across the down the Nile to his final resting place and then buried for his use in the afterlife. After several hours in the dust and 110 degree heat we were ready to get back to the hotel to cool off in the pool. 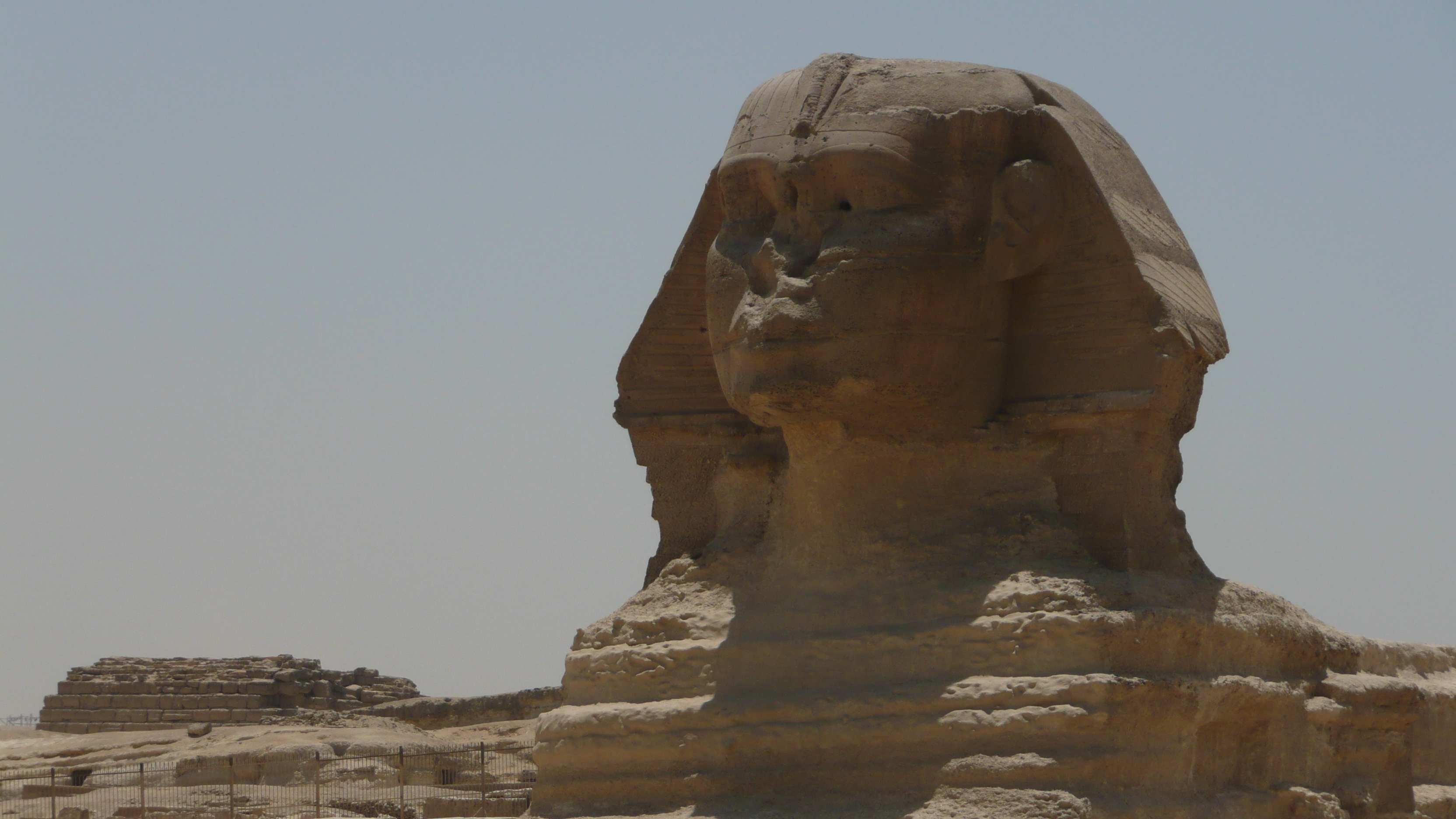 Cairo was impressive with its elegant French architecture and plazas, thousands of mosques and their minerets all sounding the call to prayer, ancient souks (markets), traffic that put NYC to shame, and the Nile flowing through so peacefully in the middle of all this chaos. 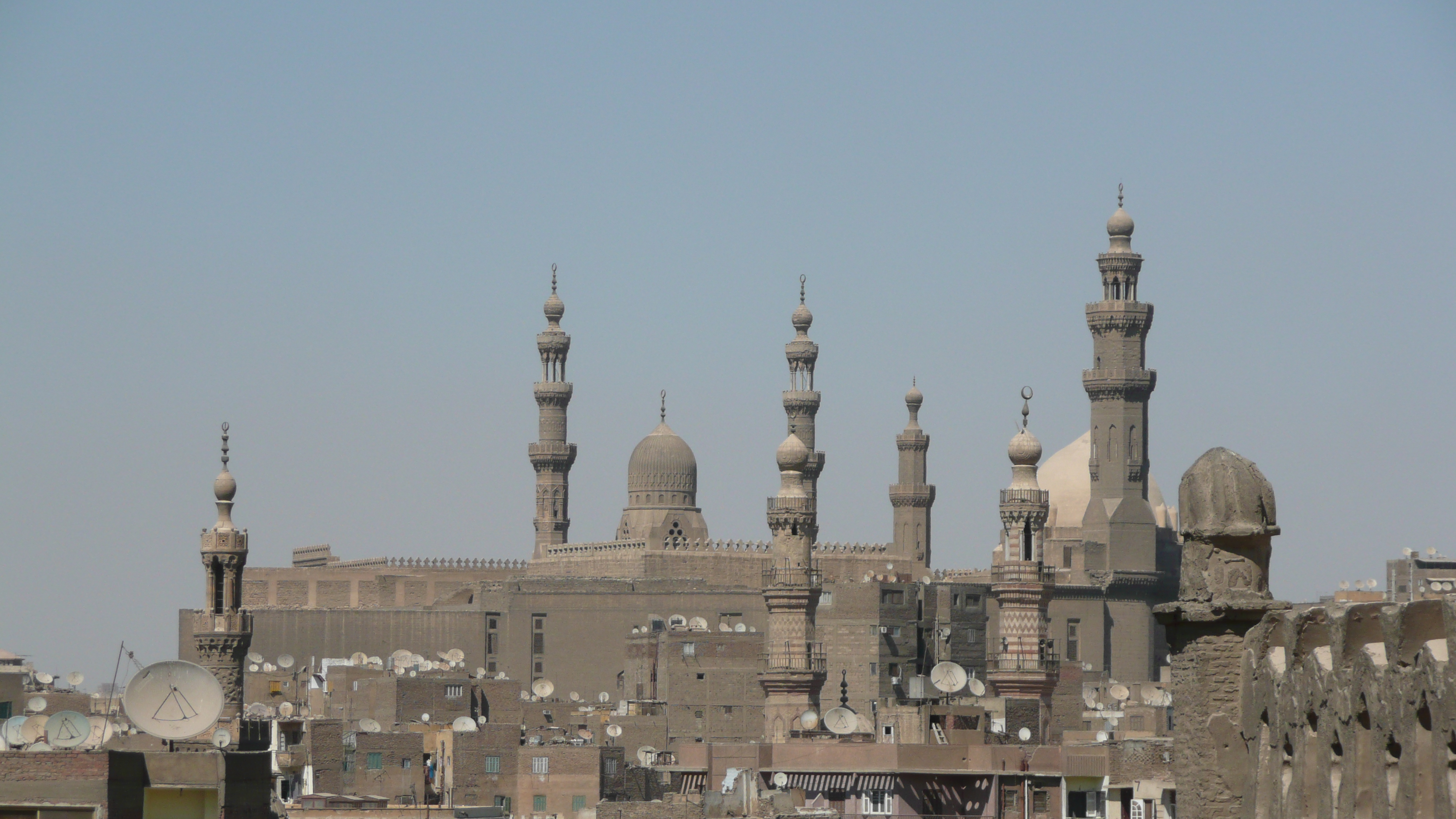 Our days in Cairo were spent wandering. We got lost in neighborhoods that felt to be lost in time. Trying to find our way out of the maze of winding narrow streets while children curiously followed us and merchants did their best to lure us to their stalls with offers of tea and sweets. We visited Cairo’s Egyptian Museum, an overwhelming spectacle of treasures from the days of the Pharaohs. We went to the famous Cairo Opera House for a concert of classical Arabic music; a 50 piece orchestra and 30 choir members backing the four headlining vocalists. We felt out of place with our shabby backpacker attire amongest the sophisticated crowd. Jeff had to borrow a tie from reception and we were thankful when the lights dimmed. We visited more mosques than we can remember, but two really stuck out from the rest – the Sultan Hassan Mosque, where the care taker showed us around while proudly telling us about this historic site, and the Mosque of Ibn Tulun, one of the most important in sites the Islamic world and the oldest in Cairo. 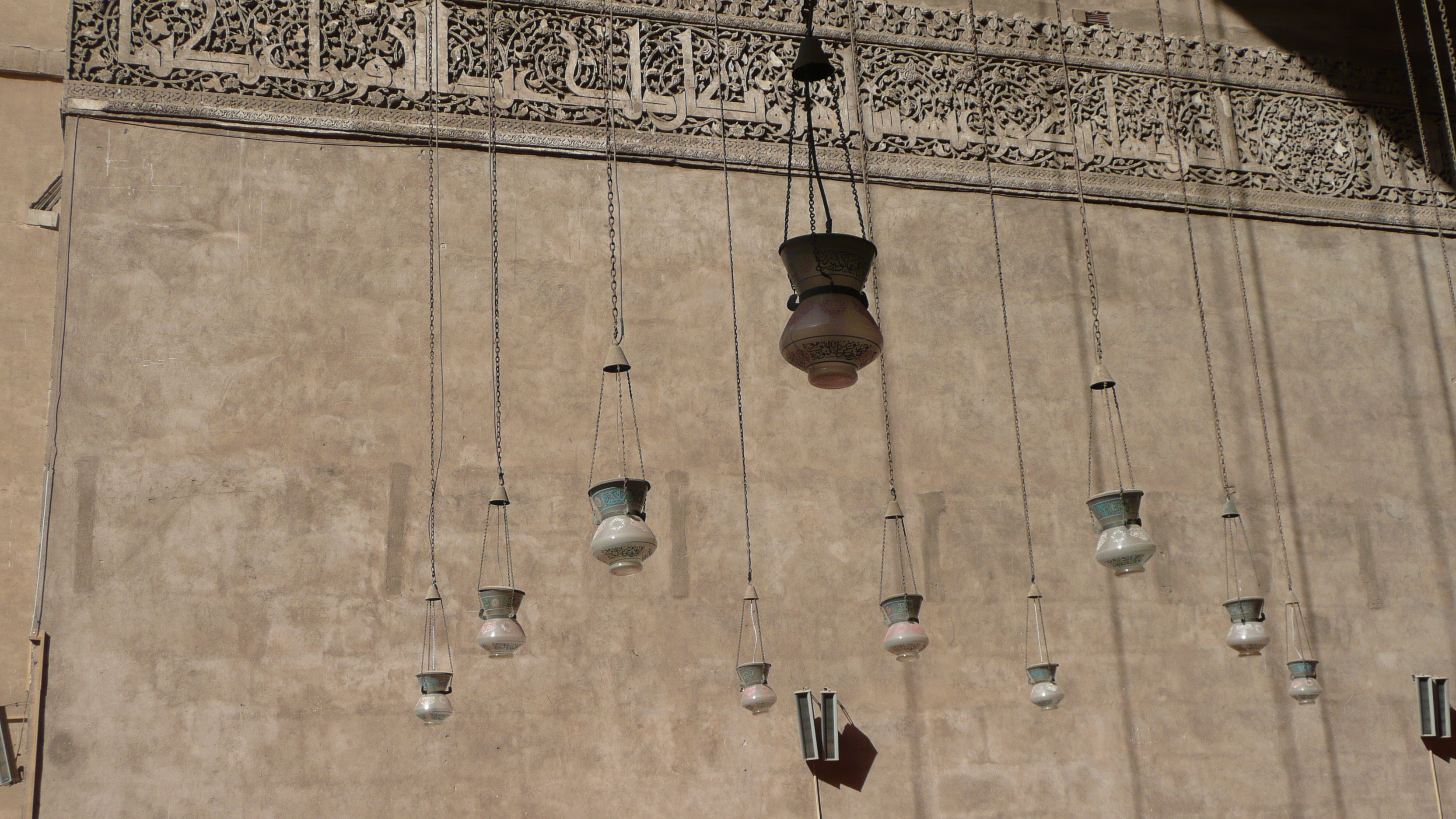 Unfortunately all these experiences were interlaced with the daily dealings of a tourist in Egypt. Swarthy taxis drivers trying to rip us off. “Pay what you like”, they would say then demand three times what we were willing to pay in the end and six times the local price. Fast talking salesmen and street touts laying on the guilt to try to get us to buy perfume or papyrus, and self acclaimed tour guides wanting to show us around. At first befriending us then demanding baksheesh (somewhere between a tip and a bribe). Egypt, especially Cairo and Luxor, is well known for its street scams, and although we tried our best to be polite, after a while our patience wore thin.

We found some respite at Pension Roma, a small hotel that had been there at least 50 years. Its well perserved antique charm and friendly helpful staff made this a great place in the middle of bustleing downtown Cairo, just blocks off of famous Talat Harb Square. This is where we met Robert. From New Mexico, Robert had been coming to the Middle East for work for more than a decade, spoke Arabic, and helped us to navigate the city, even taking us to the Cafe Riche – a Cairo landmark that had lay witness to years of the countries history. 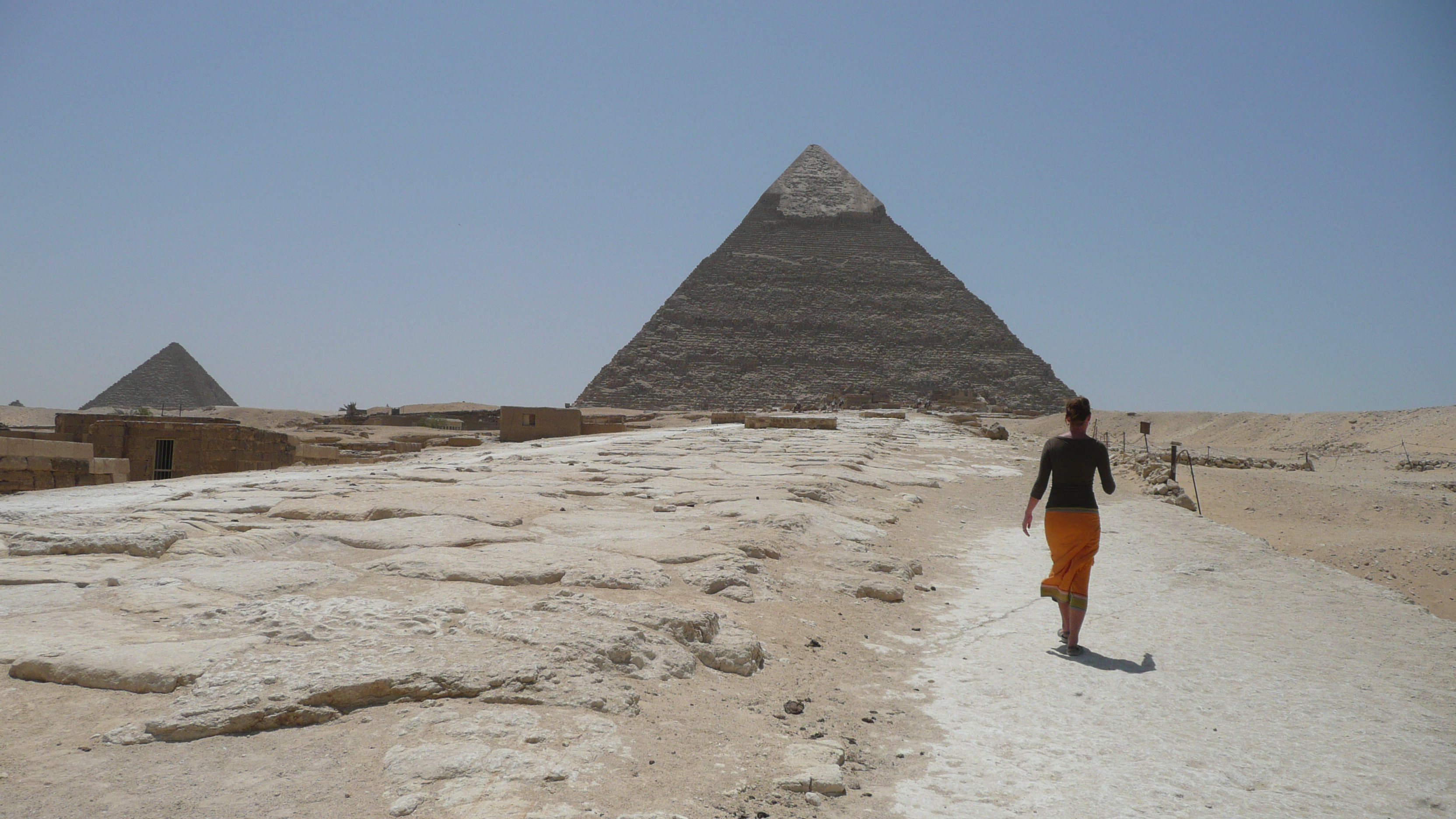 After we felt we had had our fill of the big city we boarded a night train for the quiter Nile side village of Aswan. The train took us along the banks of the Nile passing date palms and lush green fields. Beyond the reach of the water the landscape turned to dry arid desert, making for spectacular sunrises and sunsets. Arriving in Aswan in the early morning we were hit with the intense heat that would follow us for the next leg of our journey, soaring up to 120 degrees, making it hard to do much but sit idlely in the shade. We spent 3 days in this scenic city, taking felluca trips around the islands and visiting more sites of ancient Egypt. The Nubian Museum had an excellent display dedicated to the peoples and culture of Nubia. We found out later that the building of the Aswan Dam, had displaced over 60,000 inhabitants and most of their land virtually overnight. Luckily many of the ancient temples had been moved to higher ground beforehand. 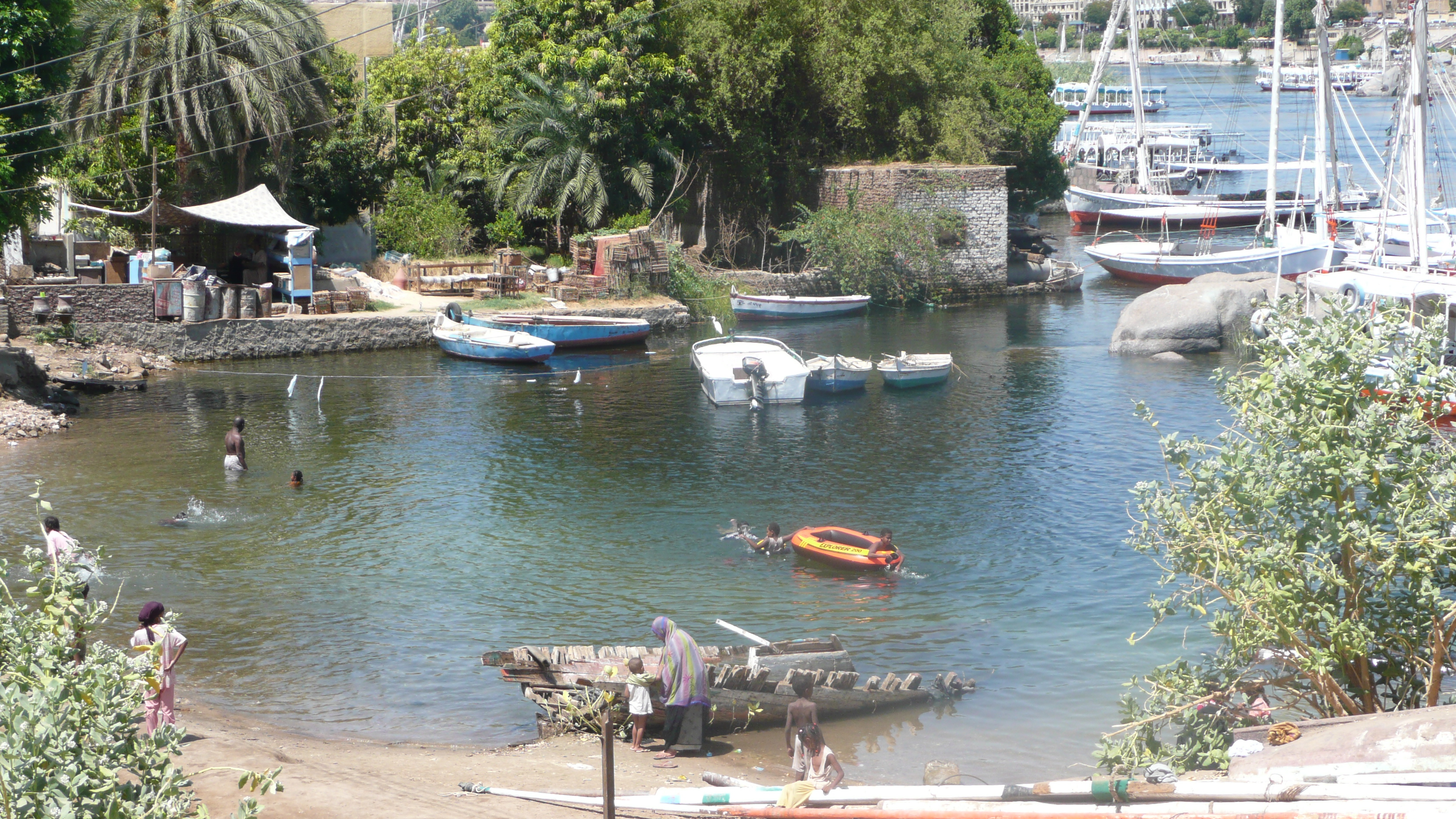 A trip to Egypt just didn’t seem complete without a cruise down the Nile, and being that it was the low season we were able to book ourselves on a pretty swank boat for a reasonable sum. We spent two days sitting on the roof deck watching daily life on the Nile go by. We were now imersed in the same scenery we saw in glimpses from the train. We were cruising down the Fertile Valley. Our first stop was Kom Ombo, a temple that stood right on the bank of the river. we docked up against the many other cruisers and disembarked for an evening visit of the site. The temple was so well preserved. We spent hours oogling the hierogliphics and drawings that are so familiar from textbooks. A mellow evening on the boat with another spectacular sunset and even more spectacular full moon rise and we were enjoying the peace away from the touts and taxi drivers. The next morning was a early rise at our next docking and a short horse carriage ride to another well preserved temple complex -the Temple of Edfu, dedicated to the falcon god Horus. God of the sky. 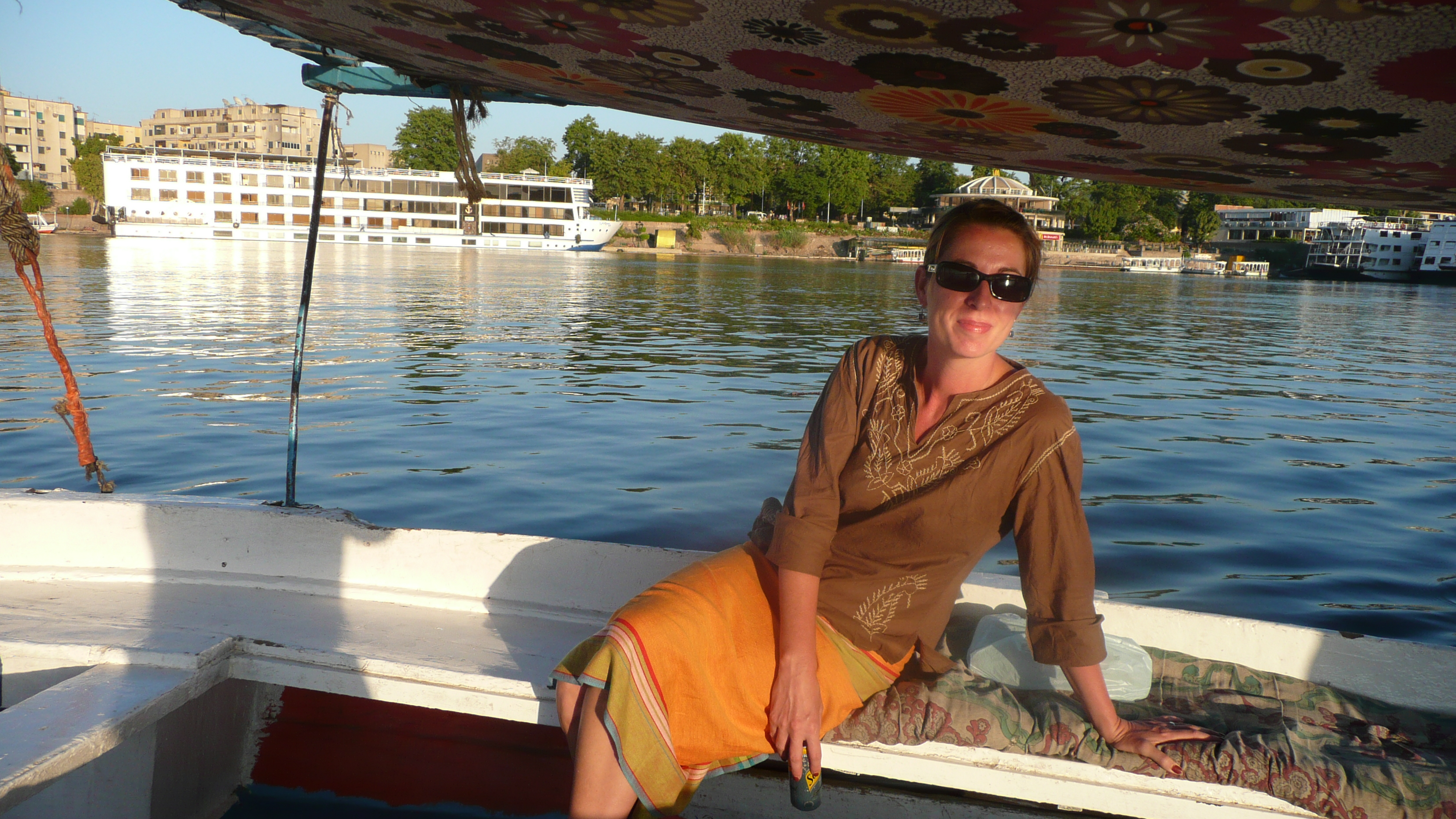 Continuing on to Luxor, we checked in to a small hotel and prepared ourselves for the whirlwind of sightseeing that would continue over the next two days. Under the guidance of Alladin, our “Egyptologist”, we visited the Luxor Temple, Karnak, The Valley of the Kings, The Valley of Queens, and the Temple of Queen Hatshepsut. Thoroughly impressed and completely overwhelmed we left town and headed to the coast of the Red Sea. After a couple of long travel days we reached the mellow sea side town of Dahab. The perfect spot to unwind and absorb some of what we had done over the past three weeks. We went for two amazing dives, snorkeled around the nearby reef, and spent a lot of time just lounging in all the super chill water side restaurants. Our hotel, Elf Leila, was charming and with the German bakery downstairs it was just the indulgence we needed to comfort ourselves and prepare for our next journey, Jordan. 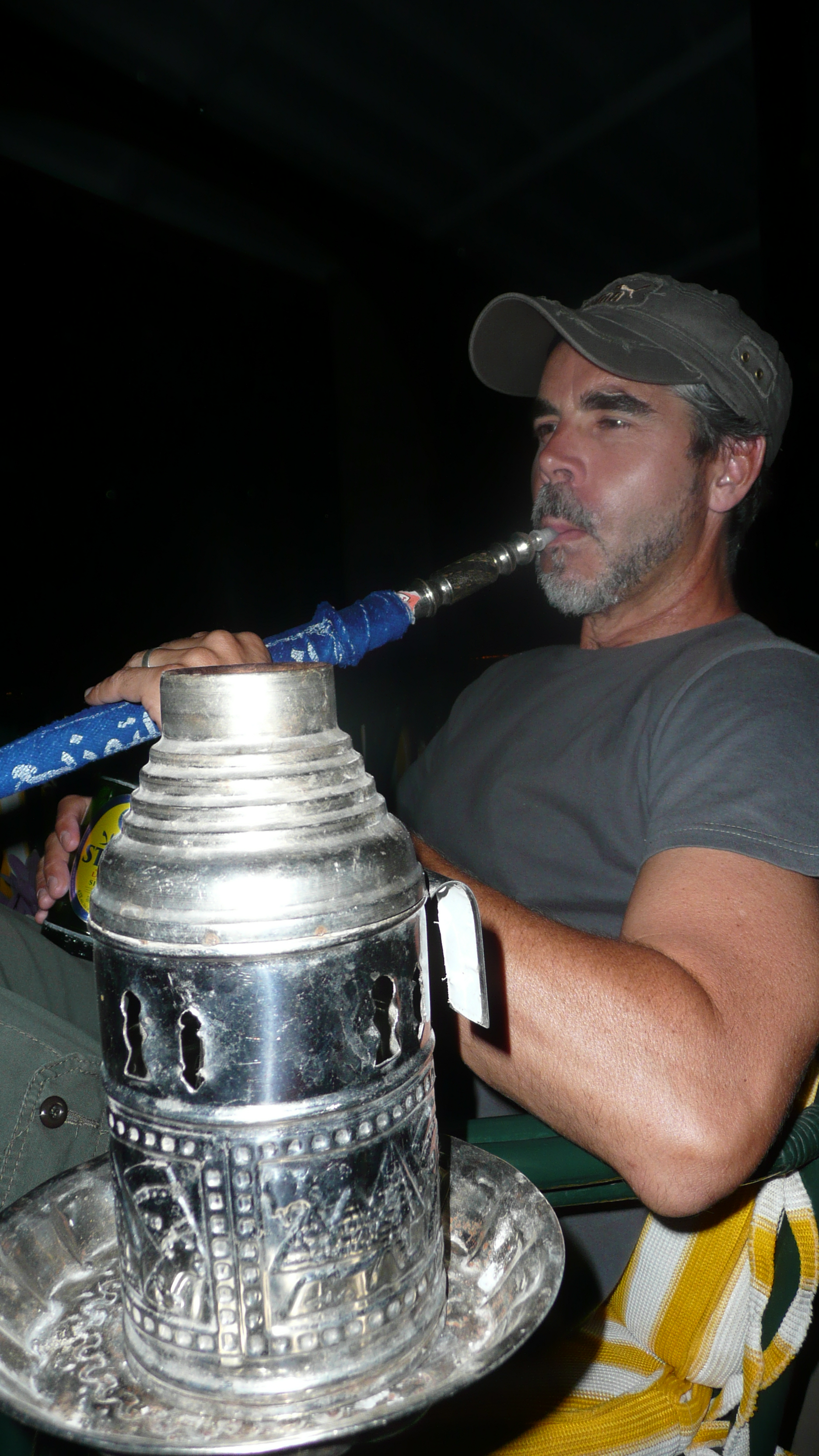 Check out more Egypt at the National Geographic website.