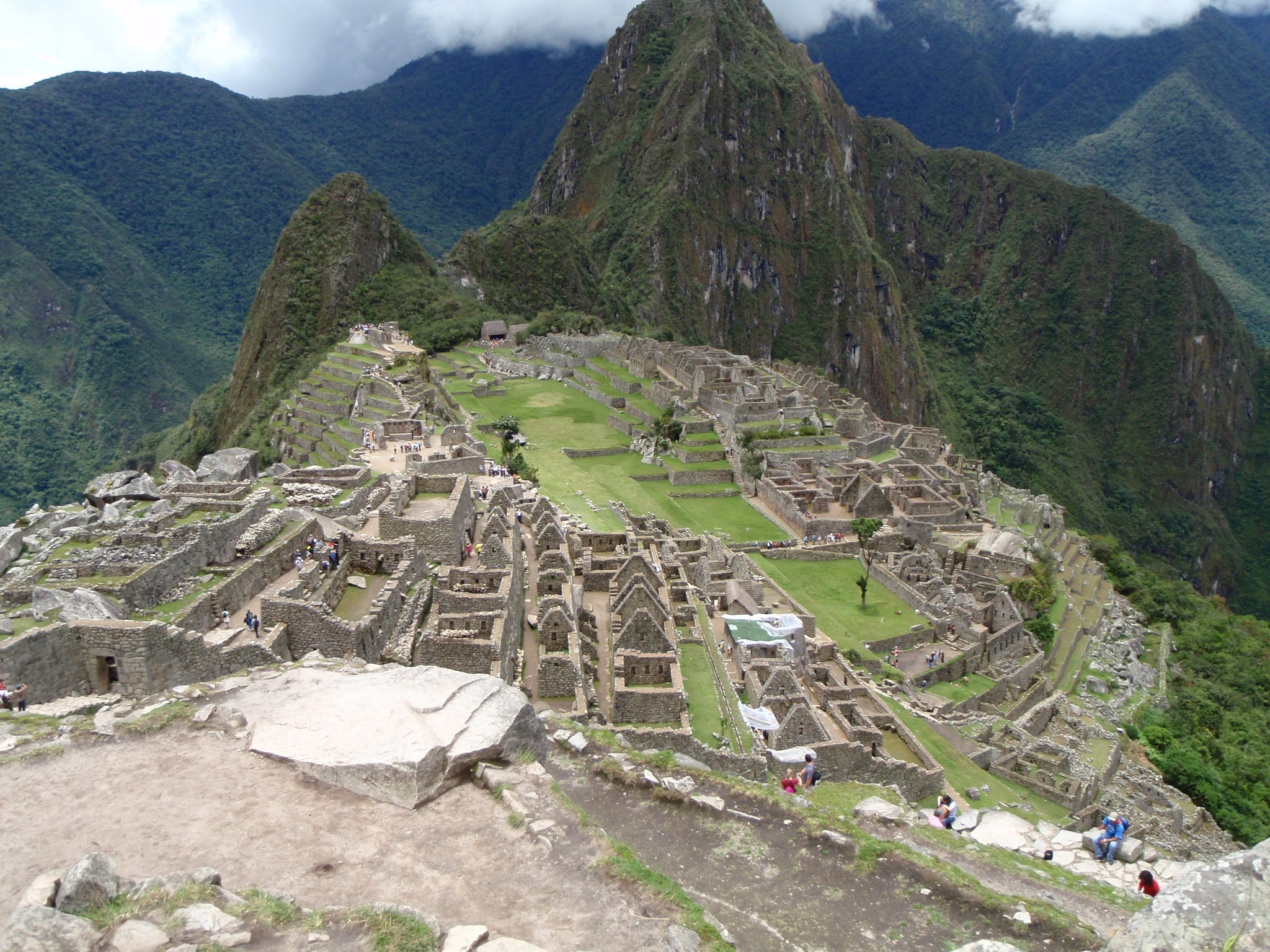 After a week in the beautiful colonial city of Cusco, Lila and I headed out to vist the lengendary Inca city of Machu Picchu. Waking at 6 a.m. to catch a tour bus that took us through the Sacred Valley of the Incas, where we visited and learned about several other Inca ruins, including Pisac and Ollantaytambo, we boarded a train that winded its way along the Uru river, allowing for spectacular views of the lush jungle-like surroundings not accessable by road. The Peruvians call this area the “eye-brow of the jungle” because it sits at the top of the valley separating the jungle from the arid highlands.

The end of the line brought us to the quaint little town of Agua Calientes (or Machu Picchu Pueblo) set amongst towering peaks, a launching point for travellers going on to Machu Picchu. Although the guidebooks dismiss this as an over touristy hub, we found it enjoyable and had one of the best meals of our trip at Indio Feliz, recommended to us by a friend back home. It was also interesting from a historical context since the town grew out of the original camp developed by the early park workers and their families. At the top of the town sat its namesake, a selection of thermal baths where weary climbers and towns people gather daily to soak away their sore muscles and socialize with one another. 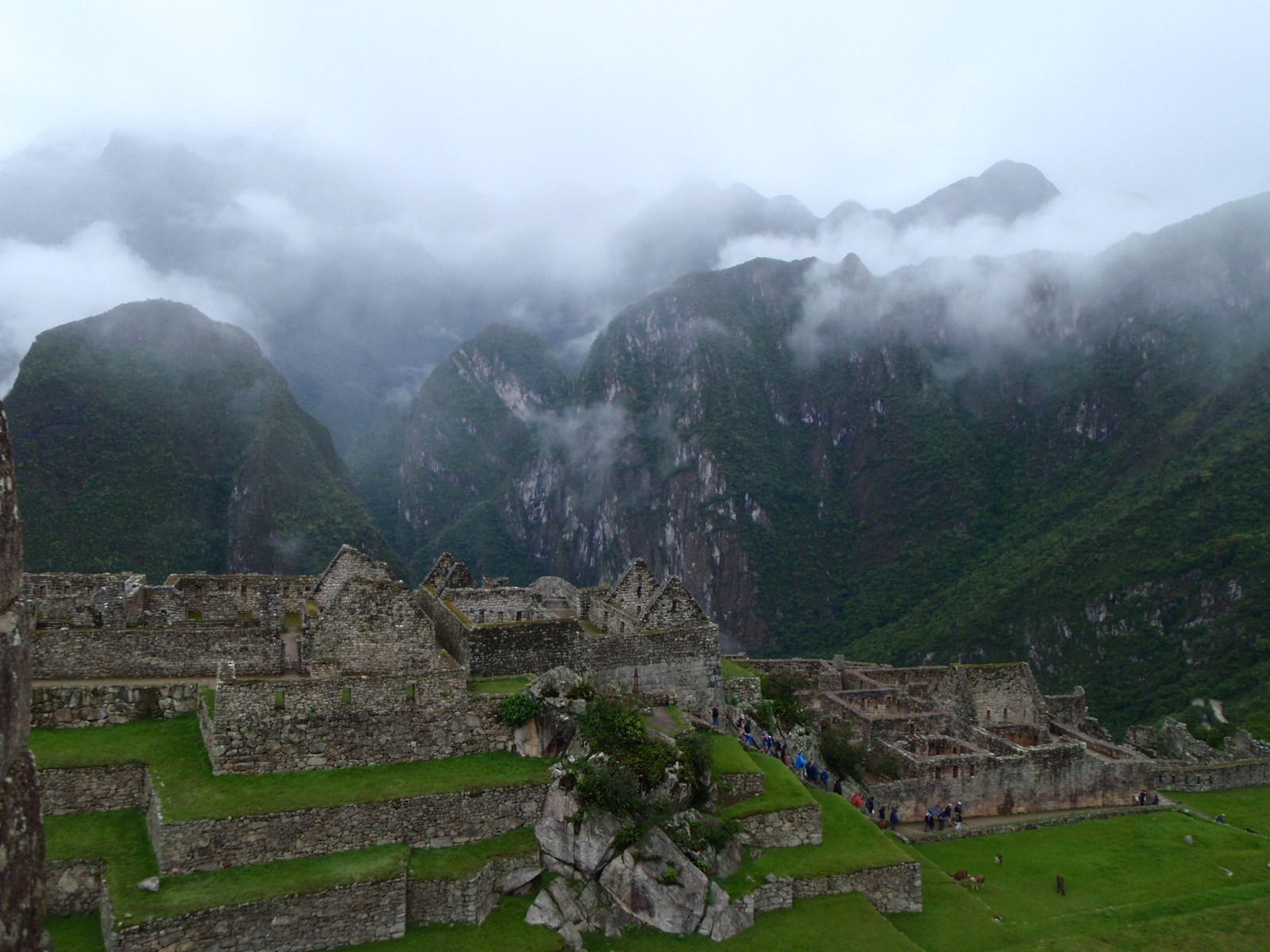 The following morning we awoke at 4:30 a.m. to board the first bus of the day that winded us up a series of death defying switch-backs to the base of the ruins. Smart travellers, we learned earlier in our trip, get up early to enjoy the sunrise from the peak and to beat the crowds that arrive later in the day on a parade of trains straight from Cusco. Unfortunately the morning fog hid the sun from us, resulting in an even more mystifying ambiance on the ride up the mountainside and to our first view of the ruins. 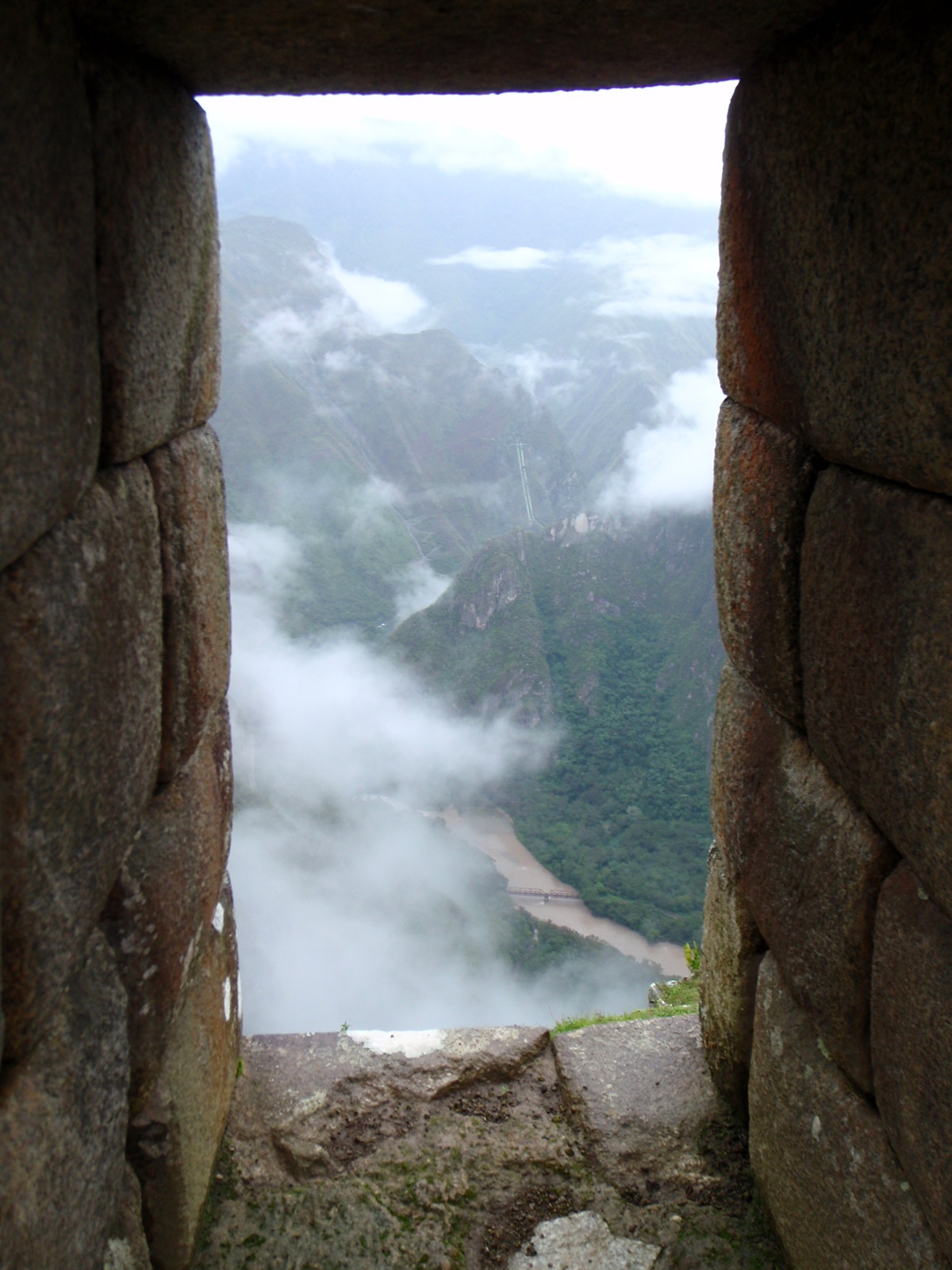 Set just above the town of Agua Calientes, 8000ft in the Peruvian Andes, Machu Picchu is one of the few Inca ruins never vandalized by the imperializing Spanish… because they never discovered the city. There are many theories concerning the history of this ancient city, but no one has truely unraveled the mystery. The Peruvians call it the “lost city of the Incas”. 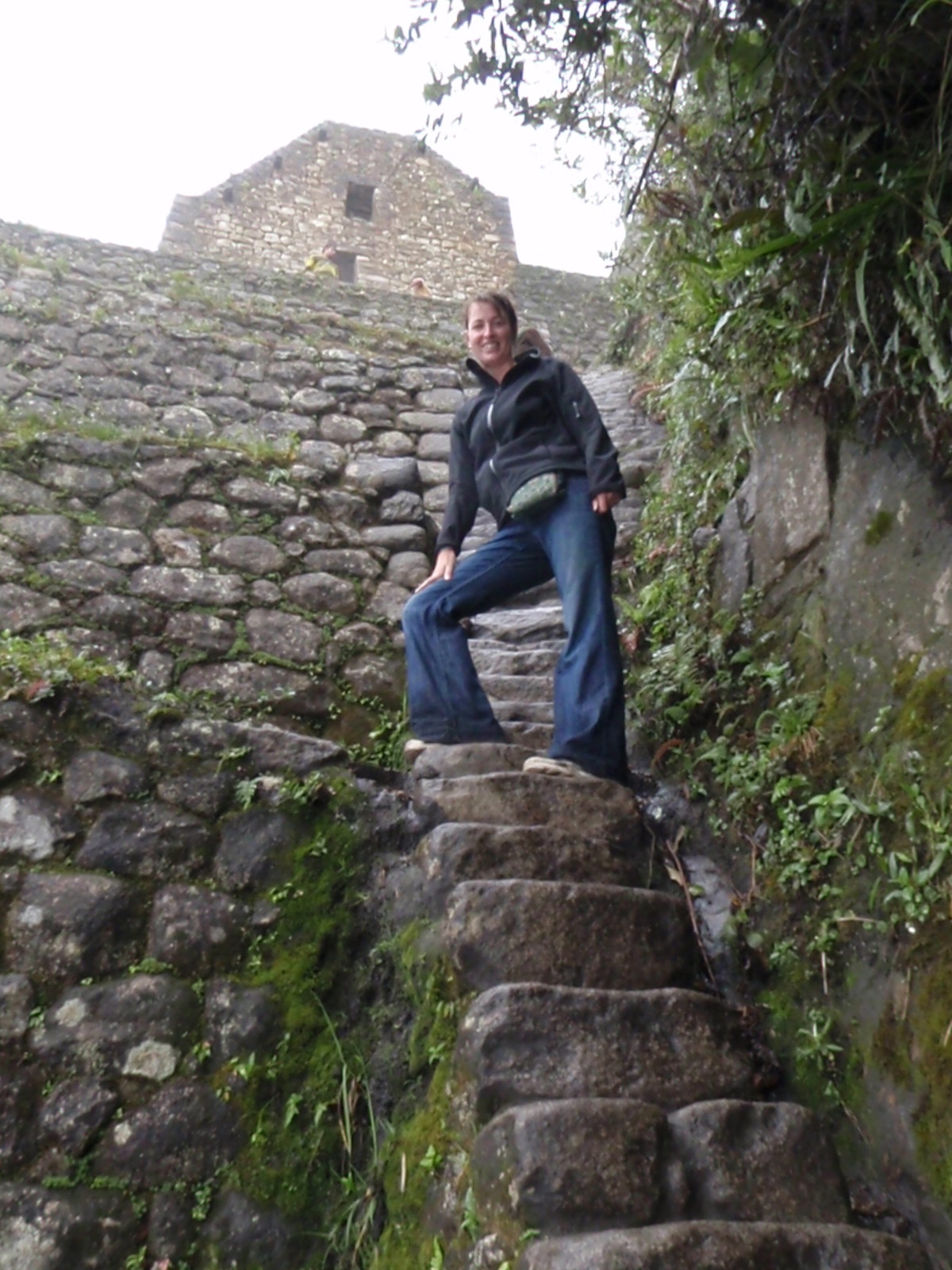 After spending a few hours among the ruins, we climbed Huayna Picchu, the peak towering over the ruins of Machu Picchu.  A 1000ft vertical climb up an precarious Inca staircase along a sheer cliff — possibly the scariest thing that I have ever done in my life, but well worth the view from the top. 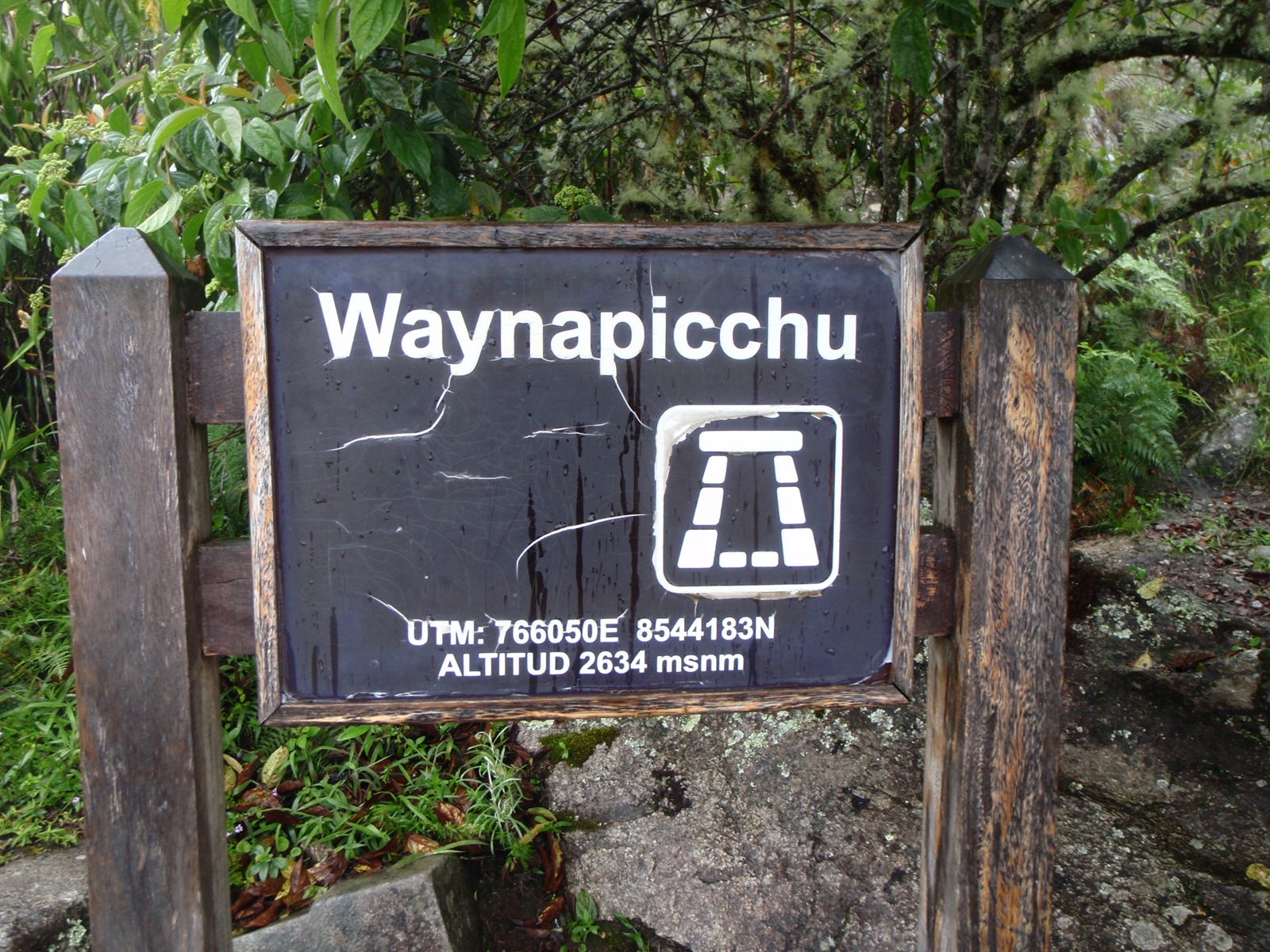 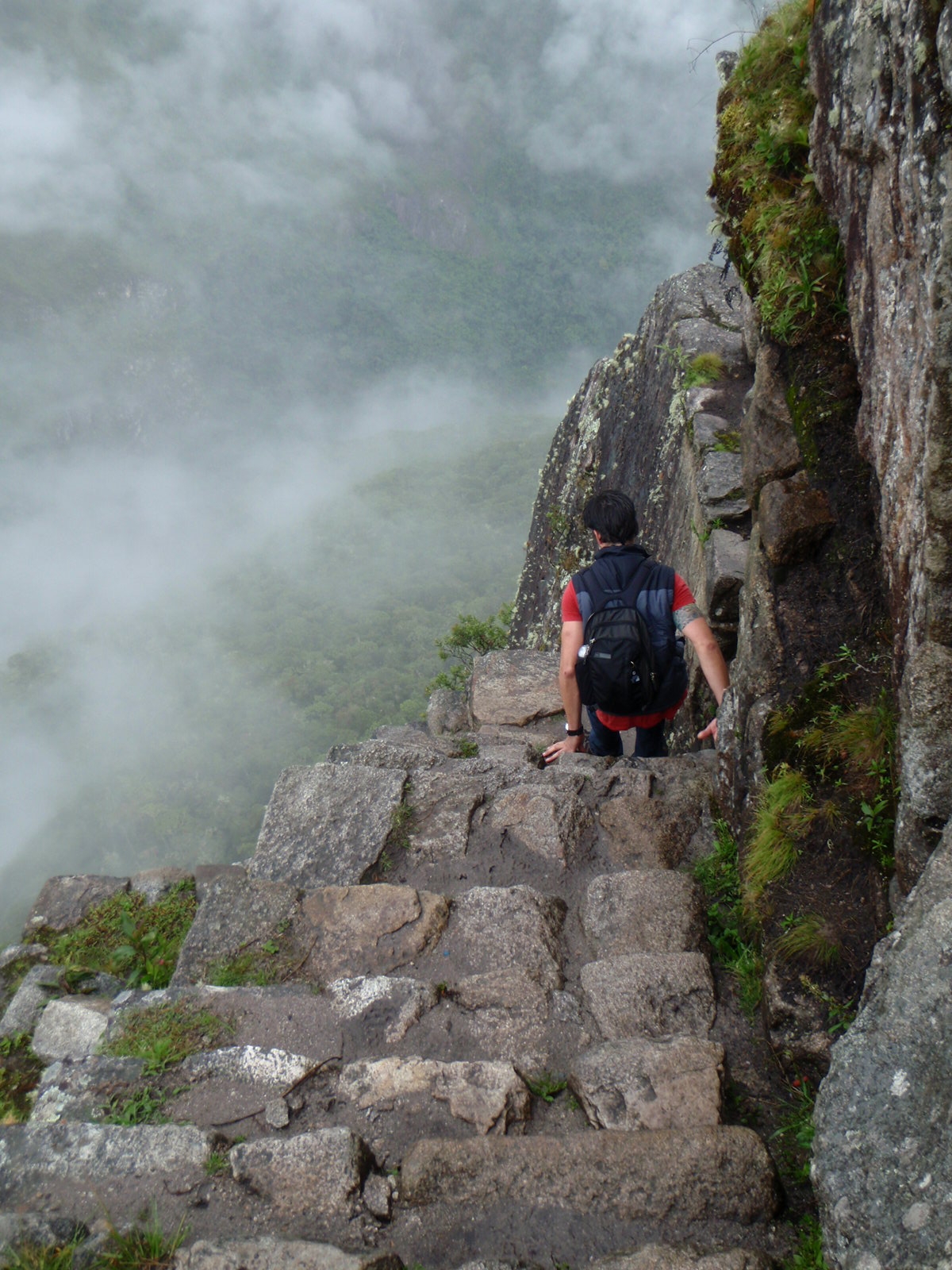 Click here to have a look at our pics from Aguas Calientes and Machu Picchu.