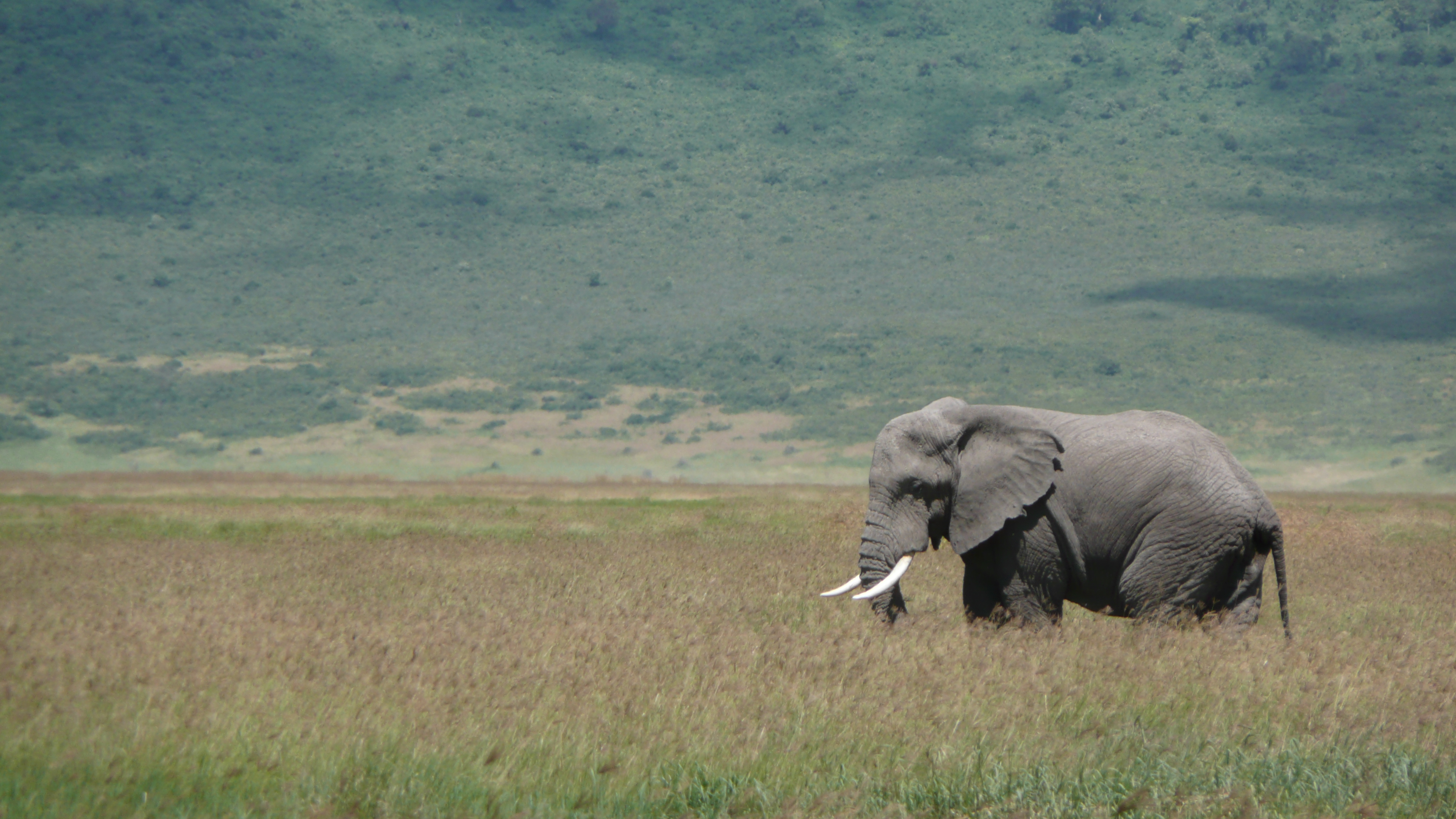 With our truck clean and re-energized with a new crew of travelers, we departed Kenya and headed south once again – this time to the country of Tanzania. After twelve hours of spine jarring jolts and bumps on possibly the worst road we had traveled upon so far, and we reached the Tanzanian city of Arusha where we stocked up on supplies for the final stage of our safari. 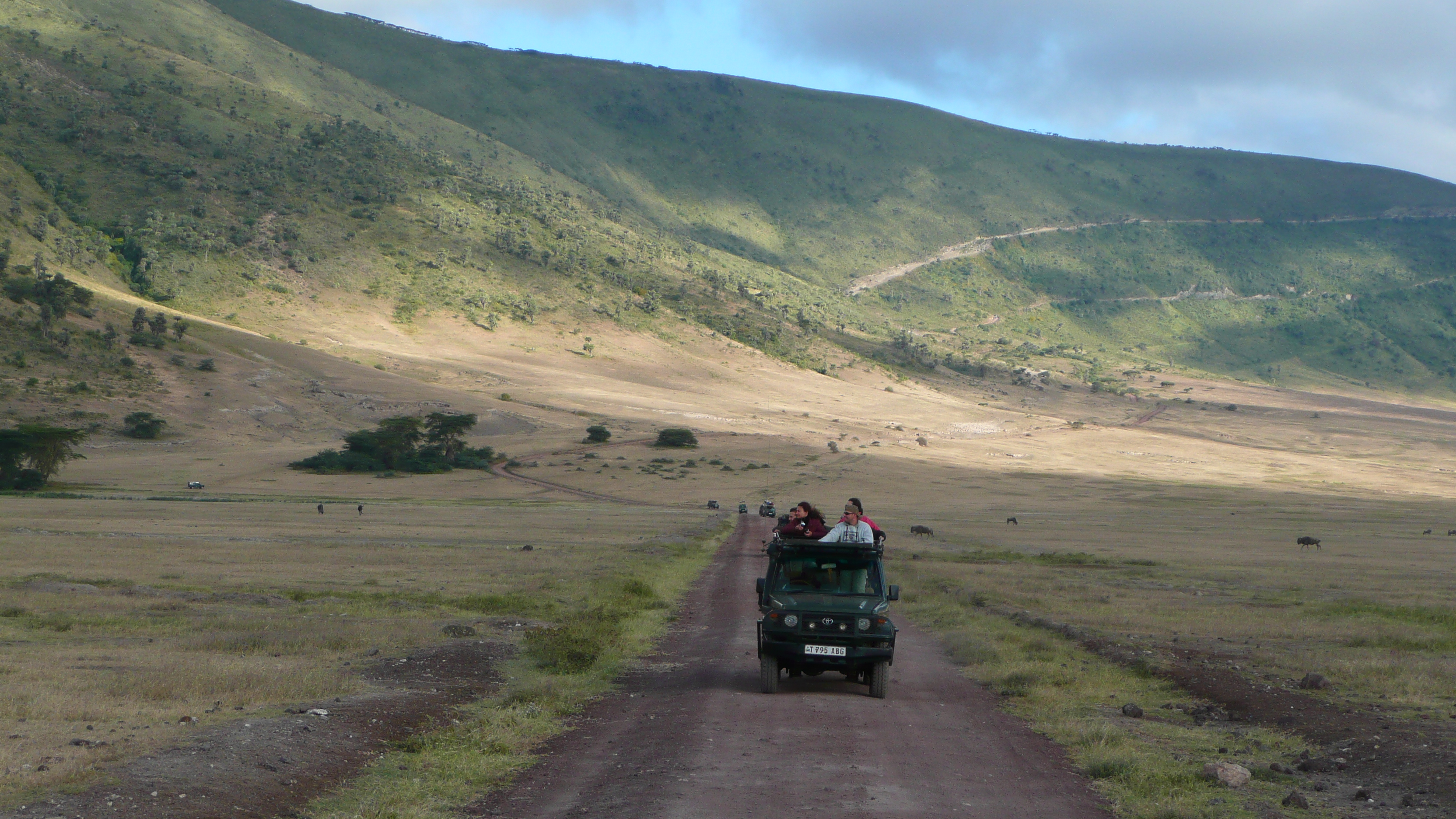 Our first stop, the Ngorongoro Crater, the world’s largest unbroken volcanic caldera. The crater, home to some 25,000 large animals, is truly beyond description, at least with my limited vocabulary, but I will do my best to paint the scene. After a night at camp near the rim we awoke before sunrise and headed down into the crater in several smaller, opened roofed, safari trucks, hoping to catch the predators out for their early morning hunt. The decent down was breathtaking. The landscape slowly unveiled itself through the morning fog – from lush, almost tropical, vegetation along the steep inclines heading up to the rim, tapering off to the dry savanna plains at the crater floor. Passing herds of wildebeest, zebra, and gazelle we headed towards the edge of a soda lake lined with pink flamingos standing at attention, legs raised like lawn ornaments. 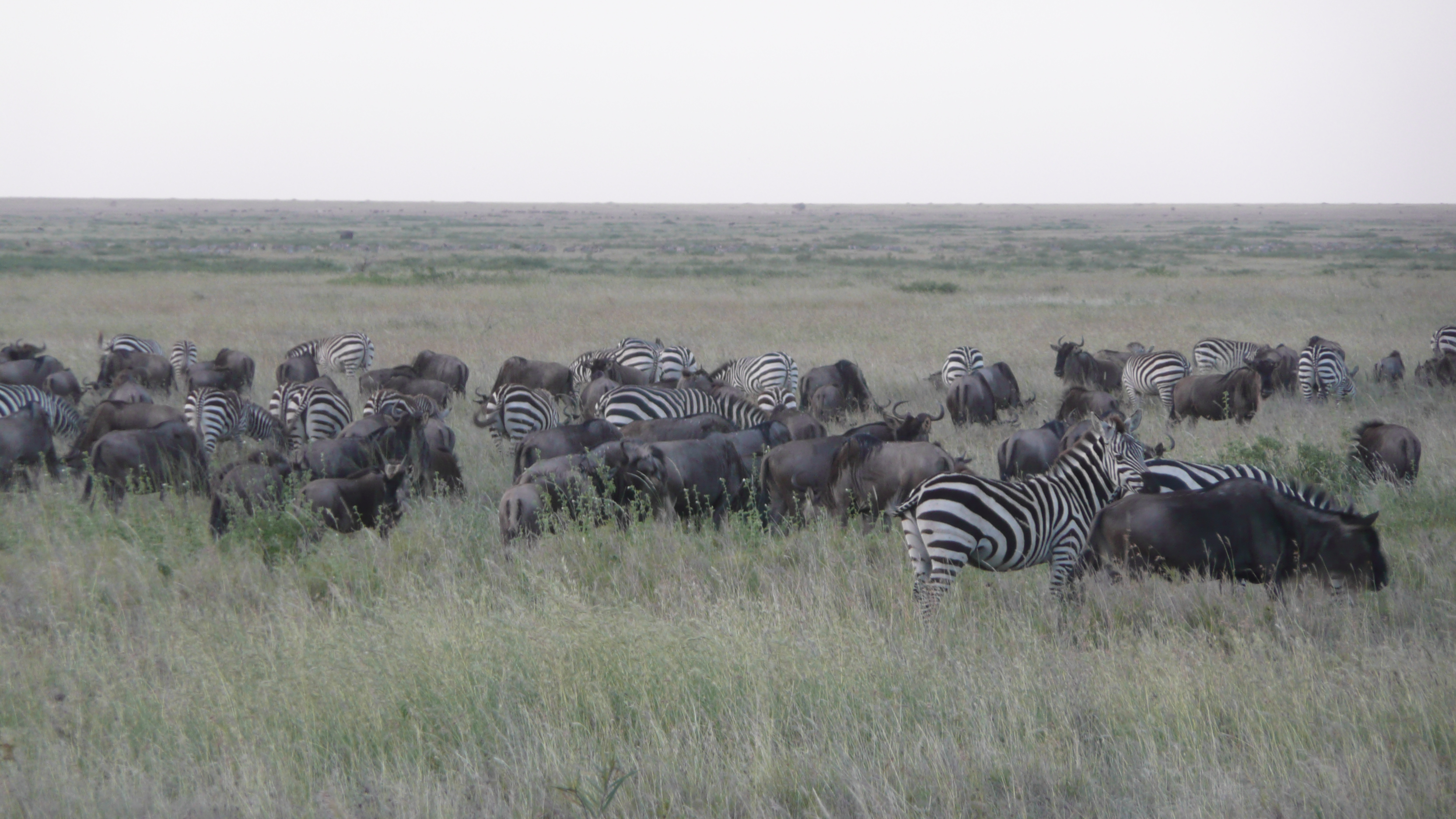 As we rounded the far corner of the lake an elephant appeared in the middle of a mini oasis full of tall green grass and taller, lanky fever trees, trunk and tusks raised to the morning sky. We passed a male lion, obviously having completed his morning meal, napping with two females just a few feet from the roads edge. Then hyena, a black rhino, lions (more lions!), cheetahs, water buck, impala and baboons. A plethora of animals. Driving through this pristine natural ecosystem is surreal. Unchanged for thousands of years and still a safe haven for these amazing animals. If there is a God, this is clearly his favorite fishbowl – if animals were fish that is. 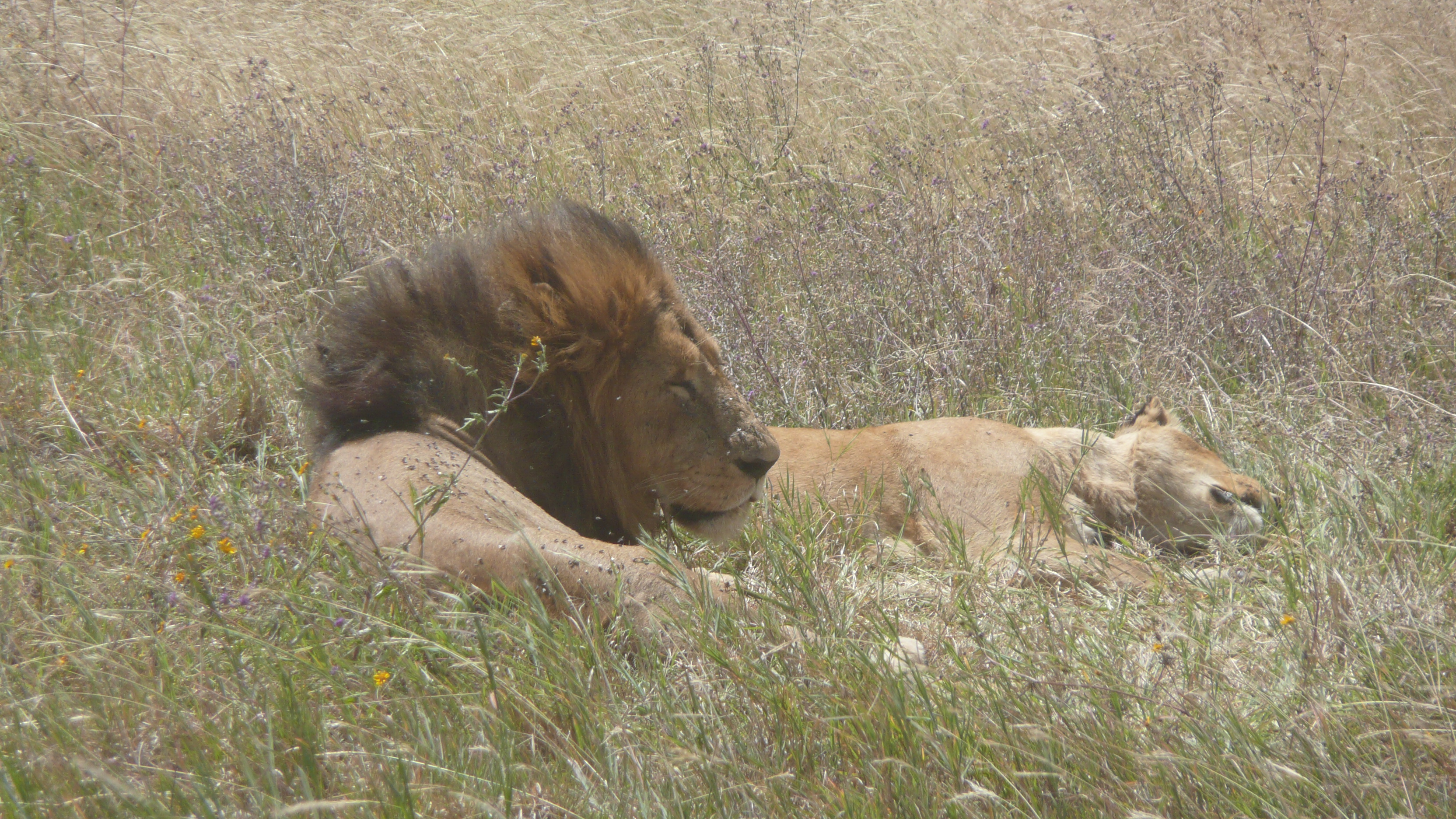 Several hours, and thousands of animals later, and we headed up and out of the crater and towards our next destination, the Serengeti. We reached the entrance to this famous park just before dusk. Even though we had already been spotting small herds of zebra and wildebeest along the road, we knew we had arrived when the herds were so thick that you could look towards the horizon and still see animals as far as you could see. As if they were standing on the far edge of the continent. Herds seriously kilometers deep! Around the corner and we spotted our first lion in the distance. Then another drinking from a puddle along the road. Then past a pond full of hippos, submerged with nostrils and ears the only indication of their girth below the waterline. At this point we were all giddy. Lila and our new friends Katie and Samantha stood looking ahead over the roof of the truck doing their best Kate Winslet in Titanic impressions, arms stretched, wind in their hair, huge grins on their faces… looking like little girls who just opened the wardrobe and discovered that Narnia really does exist. 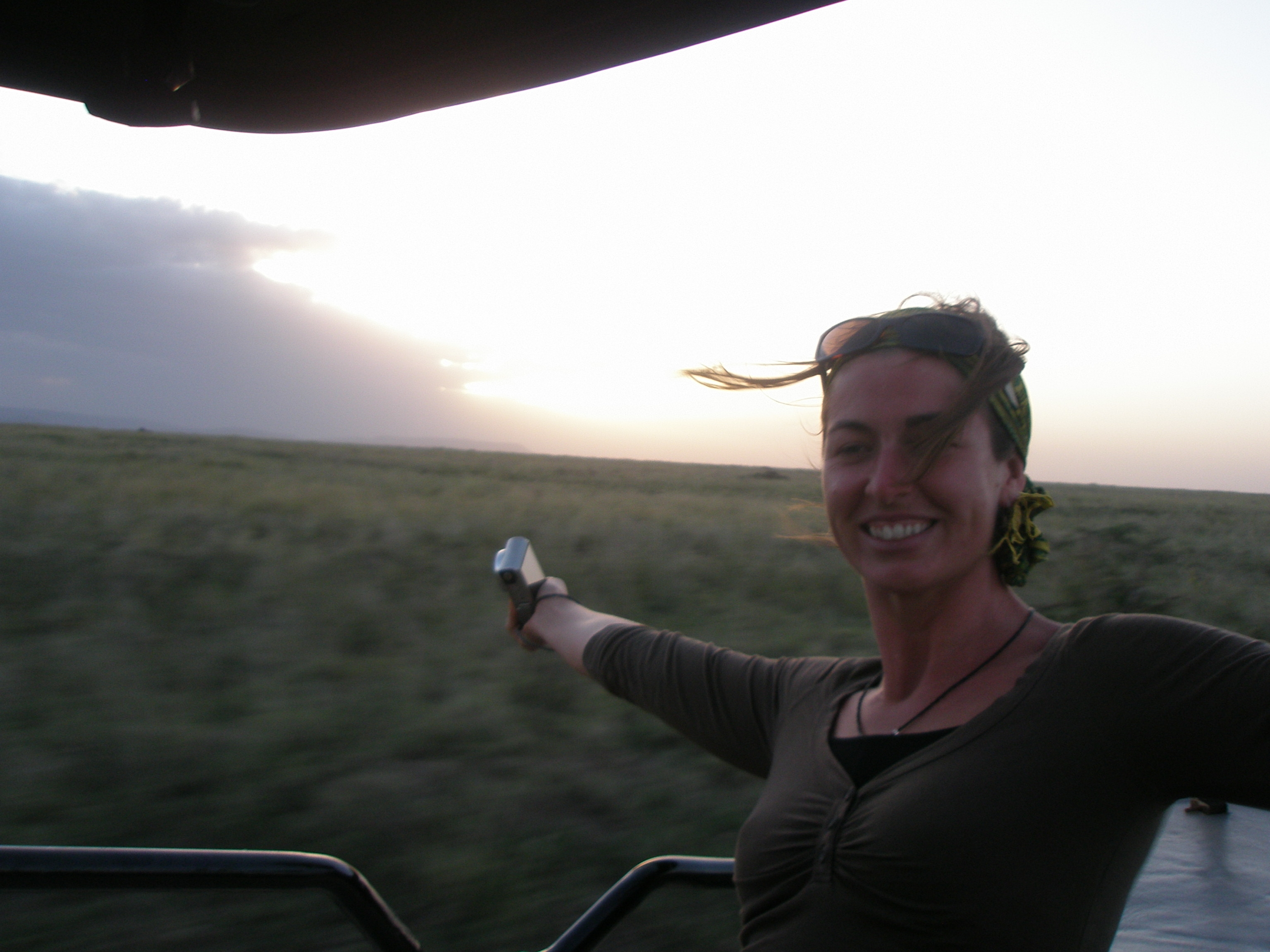 As the sun set in the biggest sky I have ever seen, painting the savanna in gradients of orange, we pulled into camp for the evening already anticipating morning and another day in the Serengeti. That evening, in our tent, we could hear the rustle of animals all around us, the grumbles of lions and hyenas, the shrill of the tree hyrax, interrupting our dreams of the day that had seemed like a dream itself. 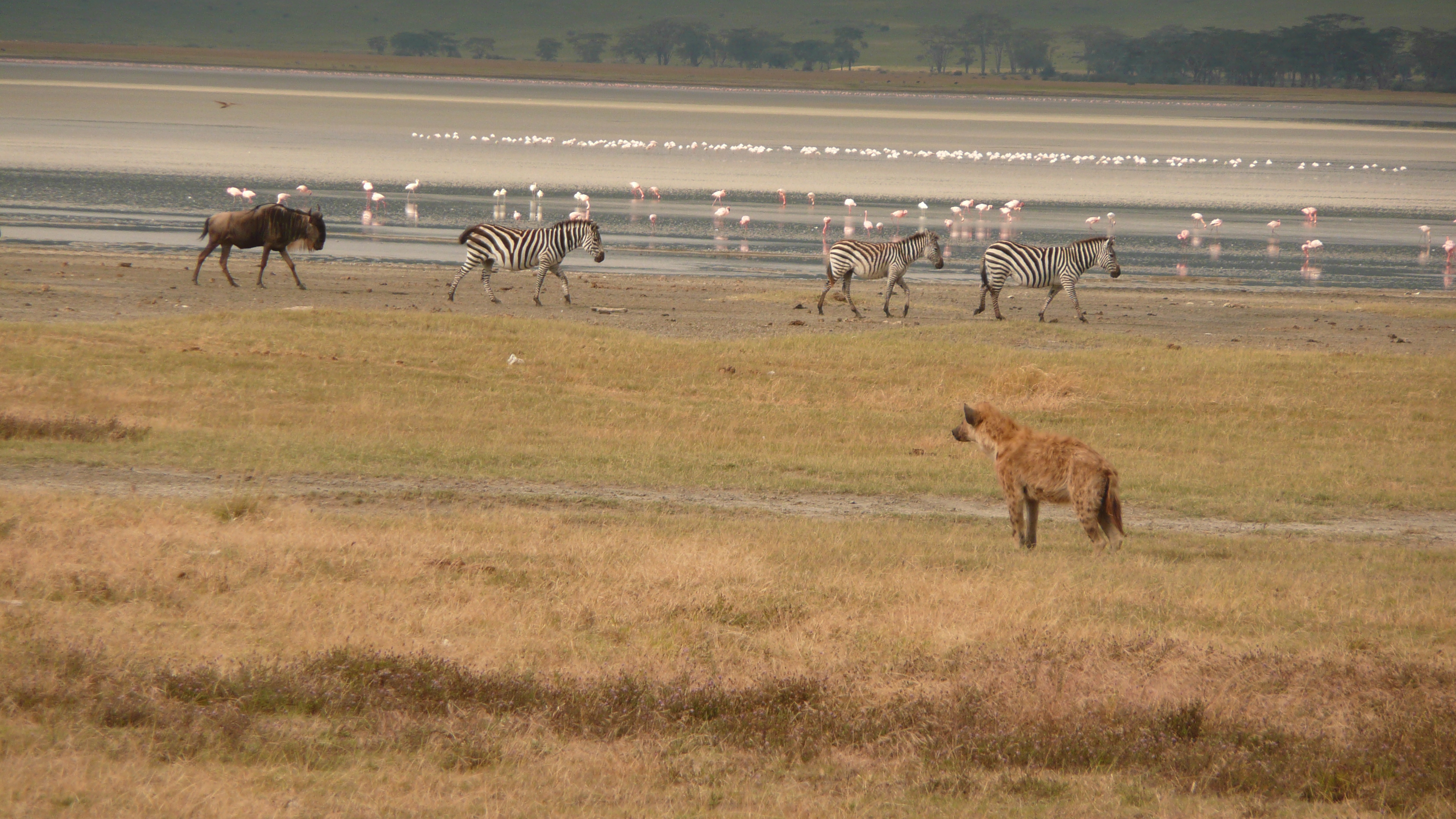 The following morning we started early once again. Almost immediately we were rewarded with a spectacular close encounter with more lions. A male and two females resting in the tall grass along the roadside, so close that we had to look down on them (we ended up seeing sixteen or seventeen lions in two days). Further down the road we spotted more cheetah, more hippos, and then the biggest herd of wildebeest stampeding past us for what seemed like ten solid minutes. I could describe in detail the lion sleeping 10 feet up a tree, or the illusive leopard slinking in the dry grass, but instead I will just say that the Serengeti is home to more than three million large mammals… we are talking a nearly Manhattan sized metropolis of animals. I have seen footage on television all of my life, but being in the middle of this much life, as cliche as this may sound, was truly awe inspiring and amongst the best moments of our trip thus far. (Best Moments So Far…now there is a topic for a future blog posting). 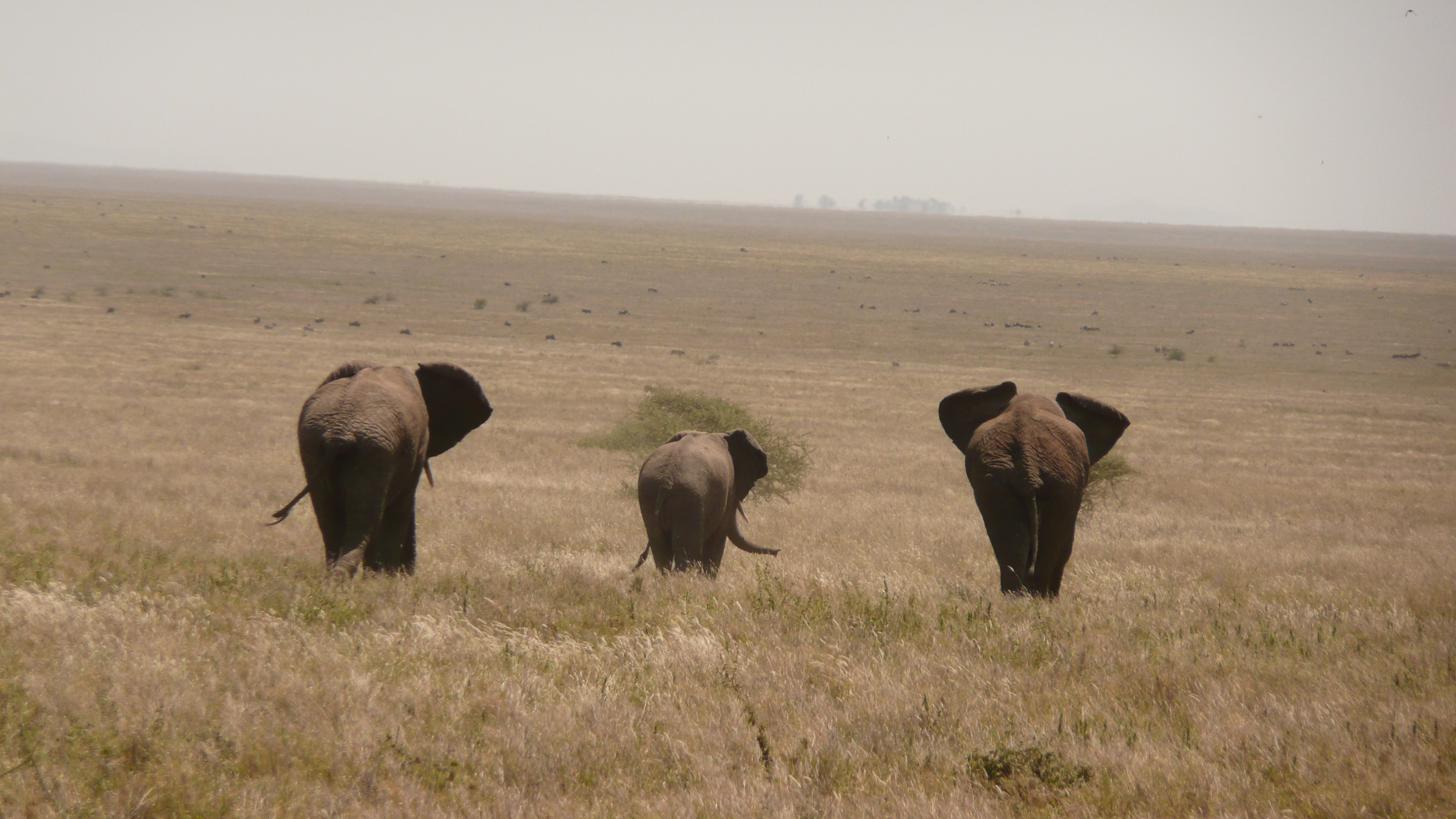 From the Serengeti we headed further south, and a little east, to the Tanzanian capital of Dar es Salaam where we would catch a ferry to the island of Zanzibar for a little R&R. 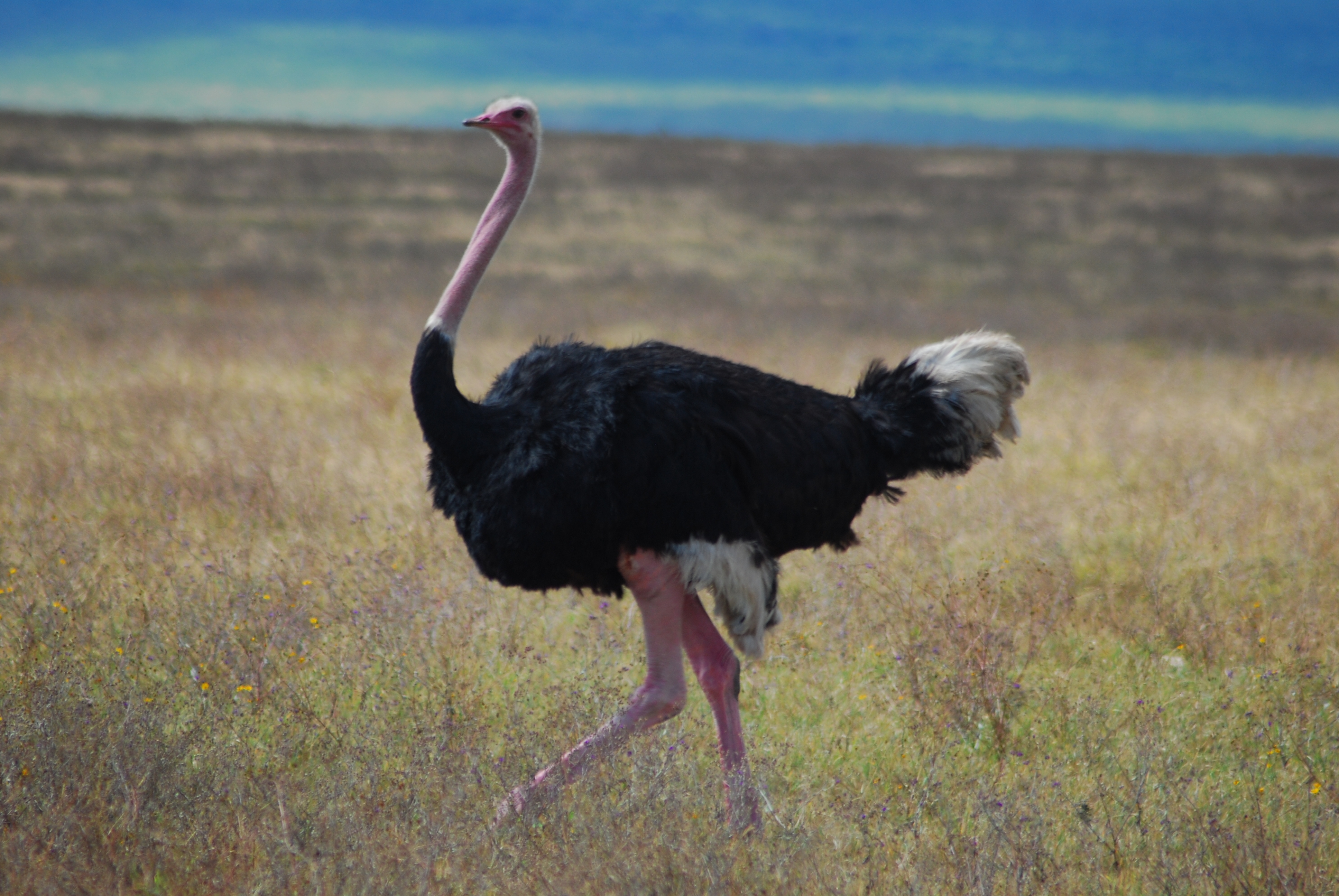