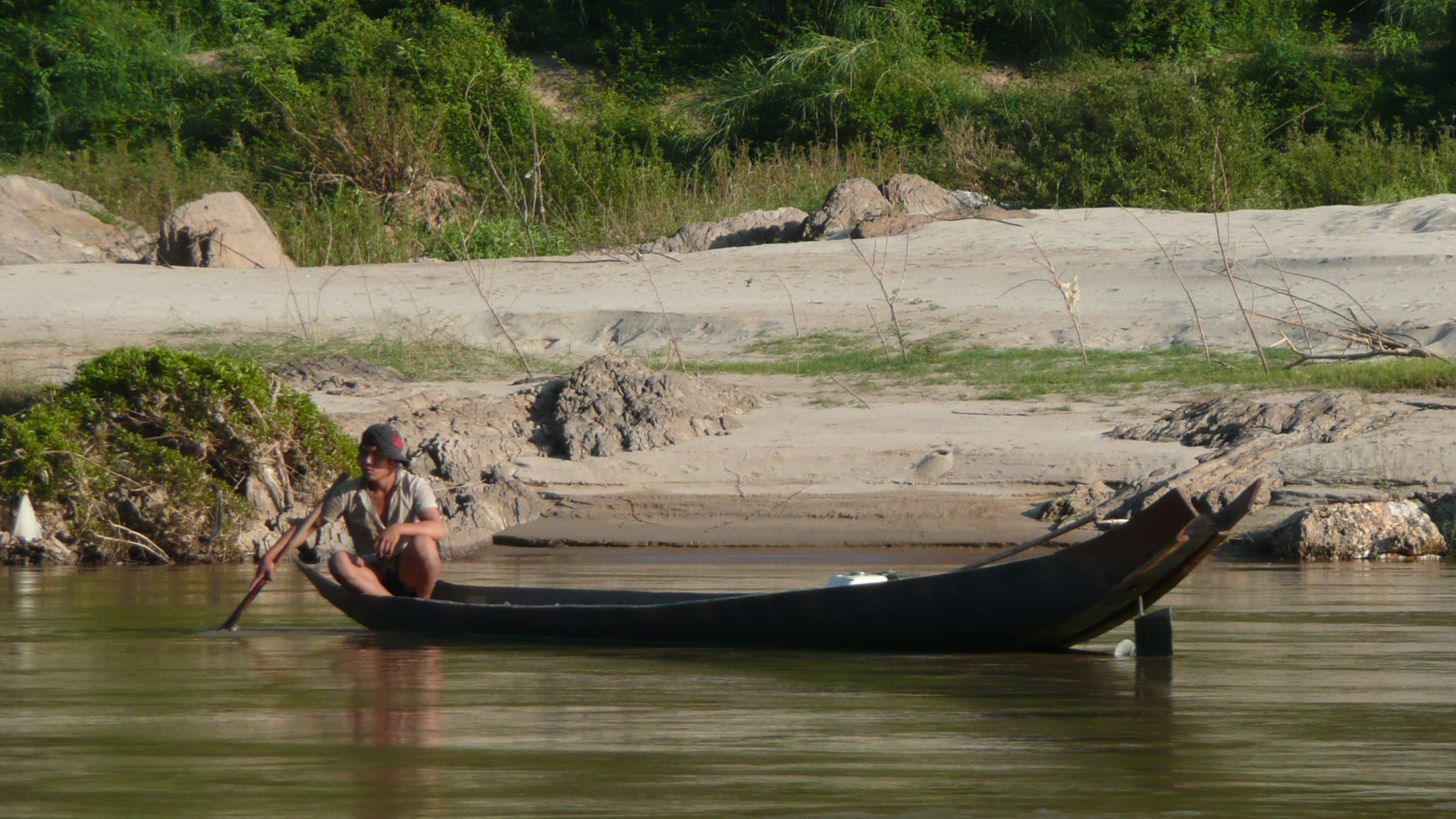 Laos: Along the Mighty Mekong

Just two hours outside of Chang Mai we came to the border crossing separating Thailand and Laos where we caught a “long boat” that would take us on a slow two-day trip down the Mekong River to the French colonial city of Luang Prabang. 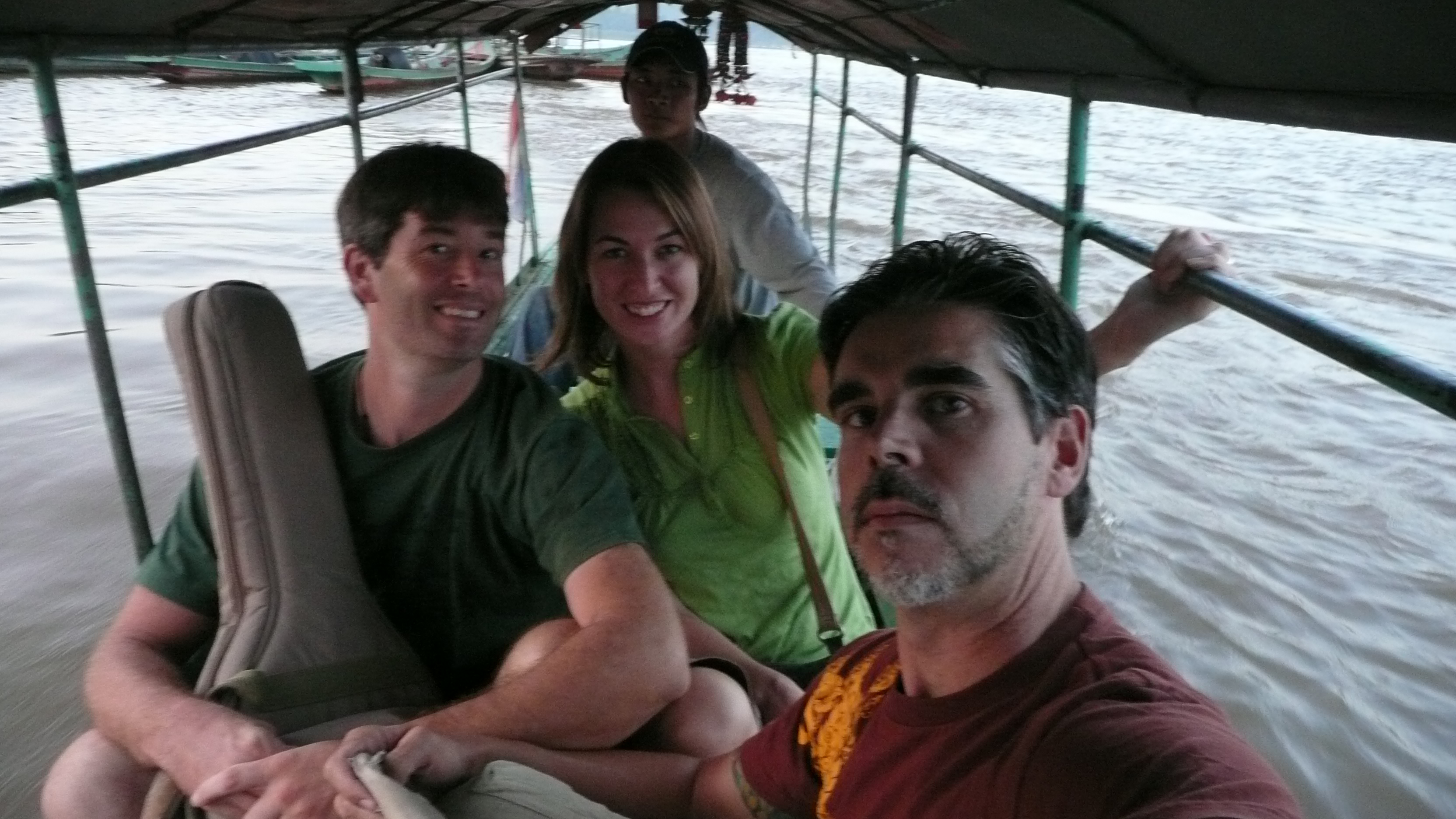 Chugging down the Mekong, the smell of diesel fuel followed us and the bands of happy backpackers drank warm beer and sang songs along with their jangling guitars. The boat was crowded, and the seating was scarce, but we were mesmerized with the scenery along the river banks; mahouts on elephants cleared the hill sides of debris and kids paddled flat canoes catching fish in the murky waters. 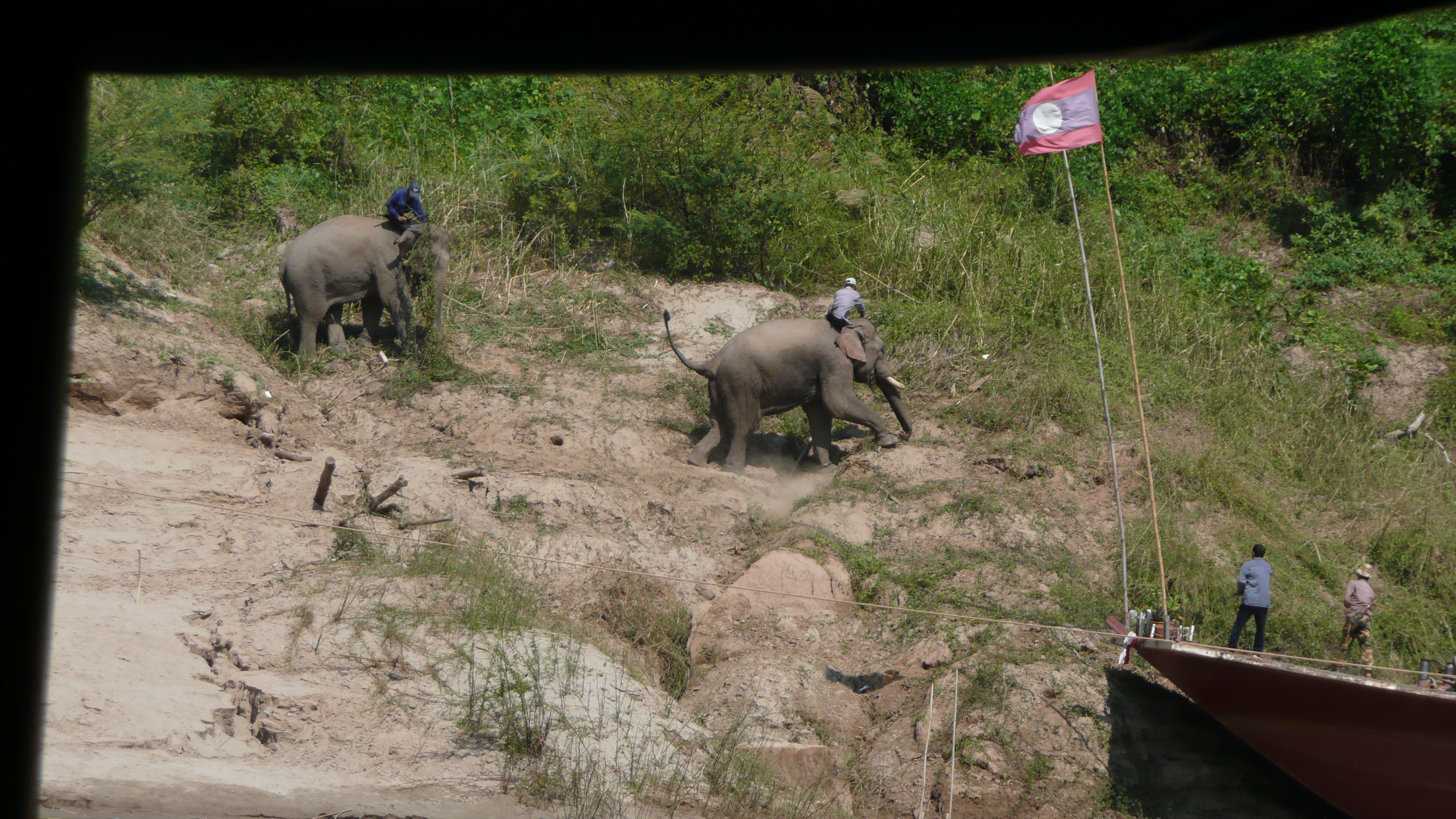 Crossing the border into Laos was like stepping back in time. The motorcycles were replaced by bicycles and women bathed in the rivers in their colorful sarongs. The pace of life was noticeably slower. We spent several days strolling the quaint French influenced city streets lined with restaurants, small shops, and guesthouses. We stopped occasionally to visit one of the many ornate wats (or temples) that were interspersed throughout the neighborhoods. In the early morning the young Buddhist monks, dressed in orange robes and carrying paper umbrellas to shelter them from the sun, would walk the streets in procession, accepting the food offerings of the tourist and towns-people. This would be their only meal of the day. At night we visited the small market at the end of town sampling a variety of delicacies, including bamboo grilled chicken, fresh fruit smoothies, water-buffalo, and big bowls of khao soi, the Laotian take on Vietnamese pho, but dare I say better? 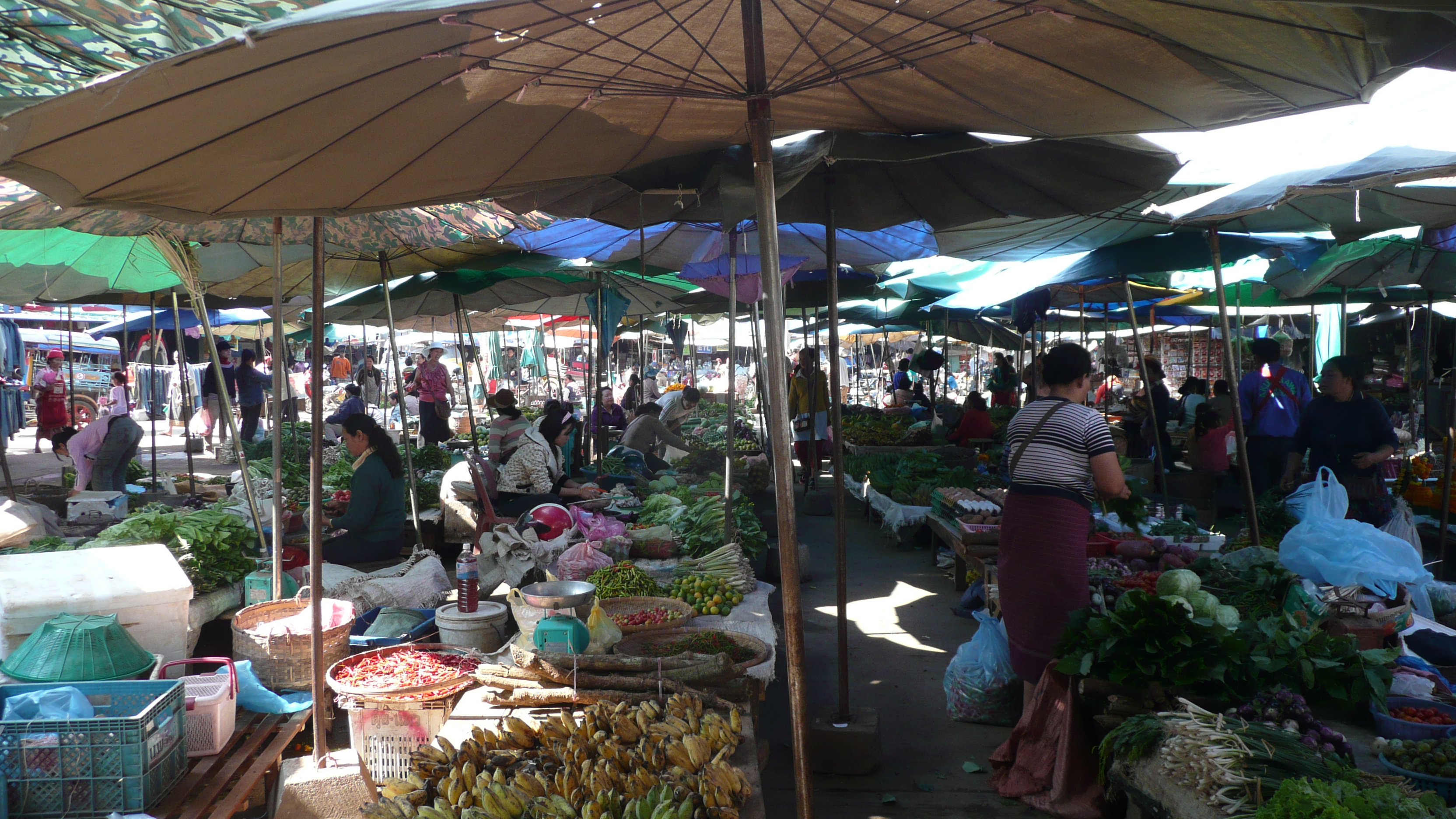 We headed north of Luang Prabang to a small mountain village where we rented a riverside cabana, hiked the local countryside, and relaxed (even more). Getting off of the normal tourist track gave us a chance to see unspoiled village life as it has probably been for millennia. 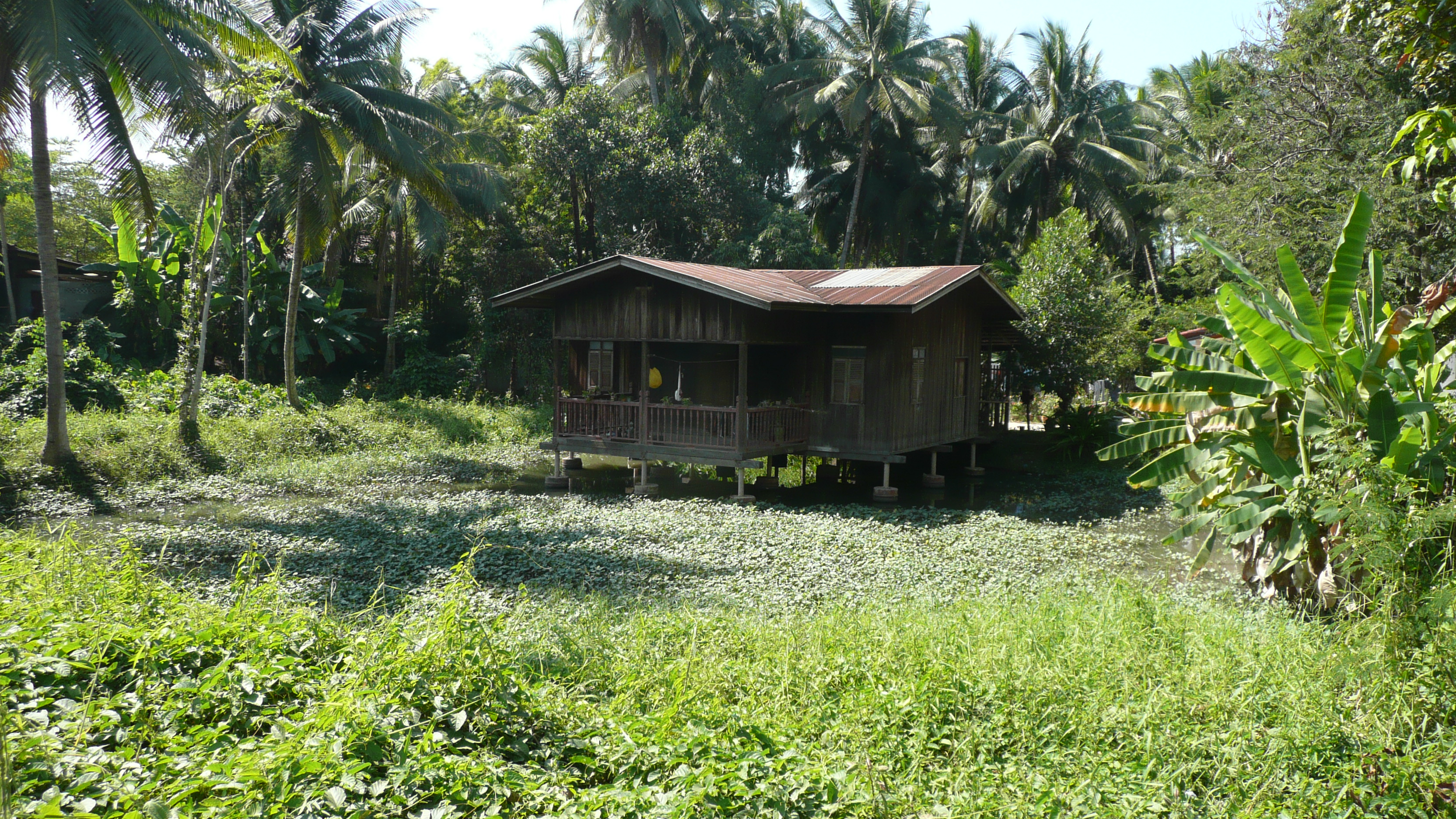 Next a bus to Vang Vieng. Beautifully located along the Nam Song river, Vang Vieng was at once peaceful and somewhat perplexing. The countryside was beautiful, the river inviting, but this was a unique town that seemed to have grown for no other reason than to entertain the throngs of western twenty-somethings that wandered the streets looking for the best drink deals. River bars pumped rave music, alcohol flowed, rope swings swung, and when the day was over the kids migrated to one of the many “video bars” that lined the streets playing old reruns of Friends over and over. We honestly had never experienced anything like it, but it was a good place to blow off some steam for a couple of days before heading to Vientiane. 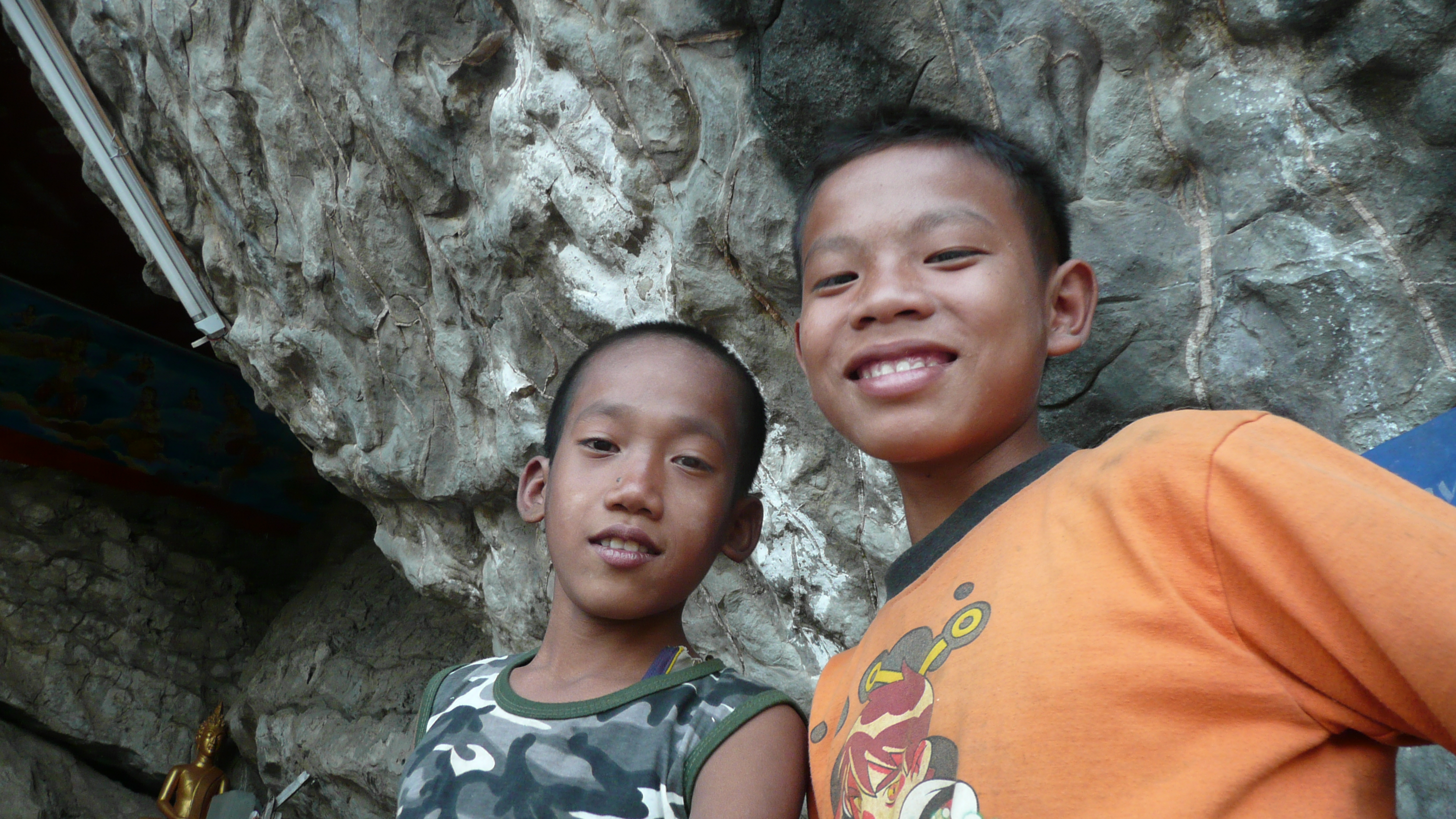 In Vientiane we spent the mornings in the coffee houses, and the afternoons strolling the lazy streets of the city. Josh was happy, foremost because of the selection of pizza and ice cream! A worldly traveler who is still happiest when he stumbles upon the simple things in life:) Lila and I splurged on a nice room. A few days later we would be on a flight to Vietnam, Josh on his way back to Thailand.

If there is one adjective that I think best describes Laos, it is “peaceful”. Peace is perhaps what they had been looking for after a history of conflict and the ravages of the American bombing campaign that is embedded in the Laotian psyche since the Vietnamese-American war. It’s not uncommon to see a missing limb, a grim reminder of the millions of pounds of “unexploded ordinance” that lay beneath the lush terrain. 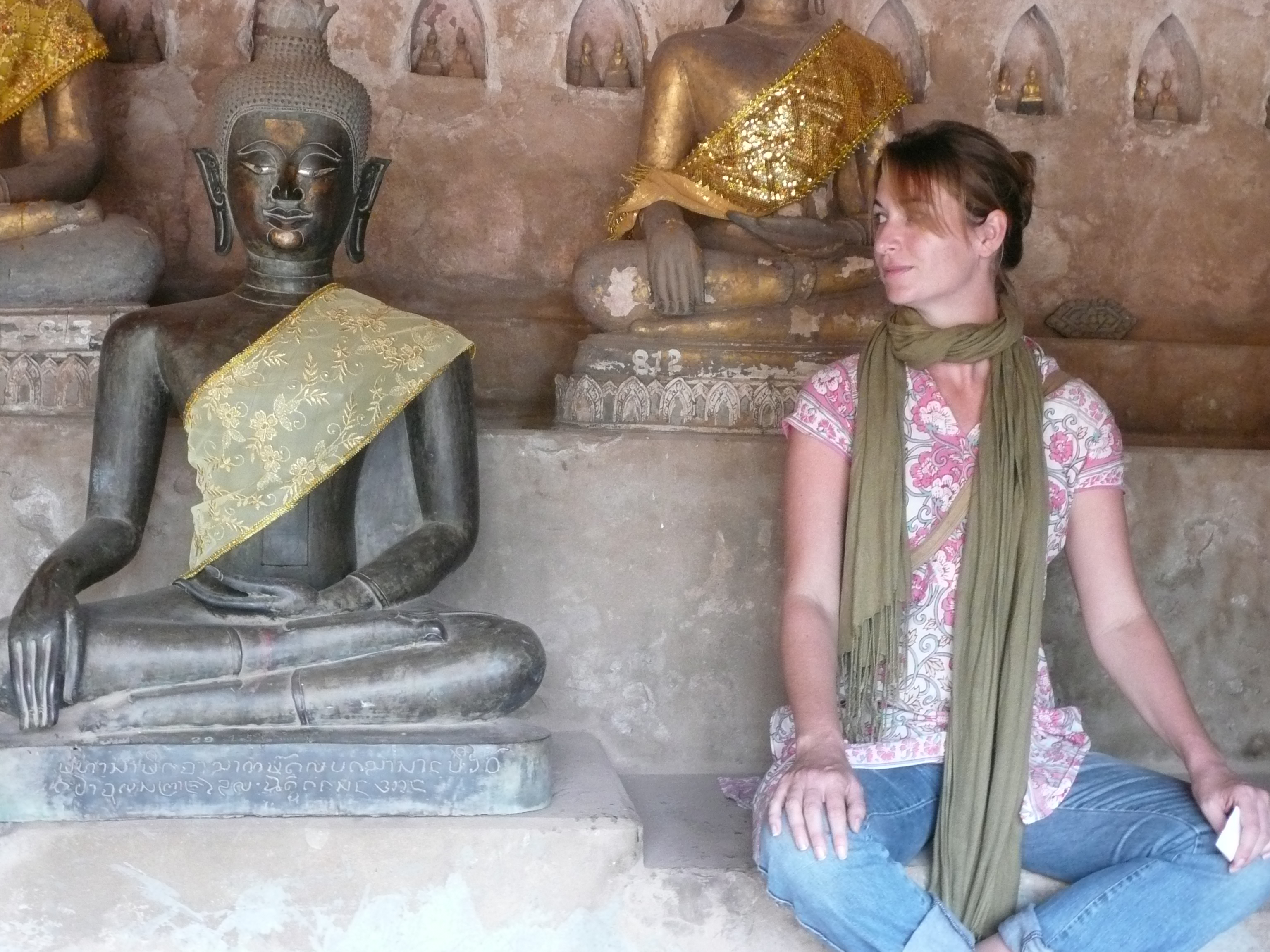